In a May 22 email to the many thousands on J Street’s virtual rolodex, the organization that calls itself “pro-Israel, pro-peace” revealed its true nature: it is focused solely and exclusively on the creation of a Palestinian State, and peace be damned.

It did this by exhorting its American followers to demand that the democratically elected Israeli leadership say out loud what J Street wants it to say.


J Street cued up from U.S. secretary of state John Kerry’s efforts to launch yet another initiative aimed at achieving peace between Israel and its Arab Palestinian neighbors.

Here’s the sleight of hand in J Street’s email:

The basis of any such effort, of course, has to be a two-state solution — an independent Palestine existing in peace and security alongside Israel. But is this the policy of the government of Israel?

Some members of Prime Minister Netanyahu’s governing coalition are openly stating not only that they do not personally believe in a two-state solution but that the two-state solution is not official government policy. They wrangled about it publicly in a parliamentary committee meeting this week.

Member of Knesset and former Speaker Reuven Rivlin (Likud) noted “substantial divides inside the government” on the question.

J Street subtly takes what it says is a basis for a solution and converts it into the solution. In contrast, Israeli leadership is committed to having the goal of the peace process be peace. Such a position is apparently an affront to J Street’s worldview.

It is especially chutzpadik to demand that the Israeli government bend its knee to J Street and declare its support for the creation of a Palestinian state at this time of profound unrest in the Middle East.

This is a singularly dangerous time in Middle East history.  The terrorist-driven Muslim Brotherhood and al Qaeda and its affiliates are on the ascent.  The closest thing to a moderate Arab Palestinian leader is Mahmoud Abbas whose term as president expired almost 5 years ago.  Abbas routinely and publicly lionizes current and ancient terrorists and frequently admits, although mostly in Arabic,  that he is not committed to peace with Israel.

And Mahmoud Abbas is on record that not one Jew will be allowed to live and breathe in any Palestinian State.  So what exactly is it that J Street is demanding?

J Street’s letter imperiously casts anyone who disagrees with its vision of a perfect Middle East – one with a Palestinian State (whether or not there is peace) – as a roadblock to peace.  The hubris is dazzling.

For there to be any hope of progress, the Israeli government must state unequivocally that support for a two-state solution is a core principle of its foreign policy – as it has been under every Prime Minister since Yitzhak Rabin.

A simple declarative statement by Netanyahu or by Israel’s US ambassador Michael Oren would dispel these doubts immediately. They need to speak out now.

Adding still more urgency to its demand, J Street includes a quote from MK Ronen Hoffman, “how is it possible to expect the Palestinians to enter negotiations when part of our government opposes a Palestinian state?”

And yet, no demand is made of any Arab Palestinian leader to commit to peace with Israel.

Why isn’t J Street’s question turned around? Shouldn’t supporters of Israel logically ask this question, instead: “How is it possible to expect the Israeli government to enter negotiations with Arab Palestinian leaders when there is overwhelming evidence that few if any of the leadership supports peace with the Jewish State of Israel?”

J Street ends its May 22 email pooh-poohing the idea that mere talks between the parties is useful. Again it asserts its own position as if it were ultimate truth: “But what’s needed isn’t talk, it’s a resolution of this conflict and that will only happen if both sides are clearly committed to reaching the same goal: a two-state solution.” 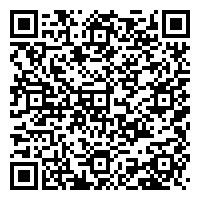