The American Israel Public Affairs Committee (AIPAC) has a serious problem. The halls of the Walter E. Washington Convention Center in our nation’s capital may no longer be able to accommodate the turnout for their annual policy conference.

With over 16,000 pro-Israel advocates attending this past March, herded cattle is the only way to describe how cramped together we were as we slowly moved between plenary and breakout sessions. This is the very definition of a good problem to have.

Later that same month, the far-left and self-described “pro-Israel, pro-peace” J Street held its annual conference at the same venue. The contrast was stunning.

To be fair, nobody expects J Street to draw the same turnout as AIPAC. But as I walked the various levels of the complex, I could have sworn that I saw tumbleweed pass me on the second level. I even took a photo of two women who were simply sitting around – spread out with their bags – having a better chance of being tripped over at the bottom of the Potomac.

J Street claimed to have 3,000 attendees. Maybe they did. But having attended the Christians United for Israel (CUFI) summit last summer at the same site, which attracted nearly 5,000 participants, the plenary sessions seemed to be a vast wasteland in comparison.

And therein lies the other good problem for genuine supporters of the Jewish State. J Street needs to move its annual conference to a phone booth, while AIPAC is currently checking out rental fees for the Verizon Center.

J Street is struggling to matter. That does not mean supporters of Israel who prioritize safety and security of the Jewish State and its people should ignore the progressive front group. Bottom feeders such as J Street or the anti-Israel Boycott, Divestment and Sanctions (BDS) movement and Jewish Voice for Peace, can claim very few victories, but with a mainstream media desperate to find moral equivalency between the Netanyahu government and the terrorists ruling Gaza and Tehran, J Street has great allies at the New York Times, NBC and CNN.

Since its inception in 2008, J Street has served as water carrier for anti-Israel and anti-Zionist politicians. Synagogues that extend speaking invitations to Israel-bashing pundits such as writer Peter Beinart can always count on J Street to sponsor the event. Using the “J” in J Street to legitimize faulting Israel for the lack of peace in the Middle East, J Street guru Jeremy Ben-Ami preaches that the Israeli people don’t know what’s in their best interest, and he will make his sales pitch to anyone who will listen.

Support from this small, irrelevant band of anti-Israel apologists who are all about progressive ideals has not proven advantageous.

Last year’s mid-term elections proved disastrous for J Street. Failing to win any competitive races and losing some of their strongest anti-Israel allies such as 38-year incumbent Nick Rahall (D-WV), they redefined chutzpah by spinning their failures to save face with donors.

Continuing to have little or no impact in Washington, they once again pulled out the B.S. ammo and sent out a statement to supporters announcing a “milestone.”

J Street Is taking credit for 150 members of the House signing a letter to President Obama that supports his efforts to negotiate with Iran that they claim “keep[s] partisan politics from ruining our best chance to prevent Iran from acquiring a nuclear weapon.”

Their “nonpartisan,” sanctimonious statement is signed only by Democrats. The real question is, why couldn’t J Street get the other 38 Democrats in Congress to sign a benign letter of support for the president’s activities? That reason is very clear. Democrats whose constituents care deeply about Israel know better than to be associated with an organization the pro-Israel community holds in the same contempt as the BDS movement.

While the political Left devoted the month of March to accusing House Speaker John Boehner of making Israel a partisan issue over his invitation to Israeli Prime Minister Benjamin Netanyahu to address Congress, the pro-Israel community was well aware that the actual players of politics were a minority of congressional Democrats – with the White House calling the plays.

Rule number one – and maybe the only rule when it comes to U.S. support for the Jewish State – is that Israel should never be a partisan issue. And that is ultimately why J Street continues to struggle for relevance.

As much as the media portrays AIPAC as a “right wing” group, the truth is that they are the least partisan entity in Washington. Their conference stresses bi-partisanship at every turn. Their speakers list exemplifies what we all want Washington to be.

On the other hand, J Street welcomes people who publicly proclaim Israel has no right to exist. They feature members of the Palestinian Authority who have blood on their hands. The only Republican they could dig up to address their sparsely attended conference was former Secretary of State James Baker. You know, the guy who once said, “F*ck the Jews.” This is J Street’s bi-partisanship at its finest.

Making matters even worse, of all the speeches presented at the J Street conference, Baker’s was the most supportive of Israel. 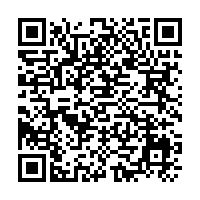