It is hard not to notice that the political system in the United Kingdom has been left badly broken over the past few months. Not a day goes by without fresh news about the worsening division between one half of the country that demands we leave the European Union and the other half that is campaigning for us to remain. Prime Minister Theresa May, before announcing her resignation on June 7th, has been stubborn almost to the point of lunacy. Attempts to reach a compromise deal on Brexit with the country’s opposition, the Labour Party, broke down entirely after a few weeks.

In local elections on May 3, the ruling Conservatives lost 1,334 council seats, with Labour (whose members had hoped to gain) losing 82. The Remain- supporting centrist party, the Liberal Democrats, did best, adding 703 seats.

The results of the European Parliament elections on May 23 showed a similar re-arrangement of national voting patterns. Nigel Farage’s newly-formed Brexit Party came out best overall, but others had shocking outcomes: “out of 64 MEPs declared so far, Mr Farage’s party has won 28, the Lib Dems 15, Labour 10, Greens seven, the Tories three and Plaid Cymru one.” With the Tories, the governing party, faring so badly, questions about future elections loom large. The result for the Tories could not have been worse:

BBC political editor Laura Kuenssberg said it was the worst performance for the Conservatives since the 1830s.

“If this was a first-past-the-post election, they would not have taken a single seat,” she said.

The state of affairs in today’s Britain has been described by the European Union and many commentators as “pathetic, incoherent, chaotic”. One EU politician was deeply contemptuous – a longstanding view of Great Britain and perhaps a main reason for Brexit’s popularity.

Journalists have been asking if the conservative Tory party is tearing itself apart.

The magazine The Week, asked “Will there be a UK general election in 2019?”:

Labour has consolidated its lead over the Conservatives in opinion polls as bookies continue to suggest that a general election in 2019 is more likely than not.

That would be good news for Jeremy Corbyn, who looks set to capitalise on Theresa May’s failure to secure a Brexit deal, with Electoral Calculus research for The Sunday Telegraph suggesting the Tories would lose 59 seats if a general election were held now.

The Electoral Calculus poll of polls, carried out between 2 and 11 April, indicates that Labour would become the largest party in the Commons, with 296 seats to the Conservatives’ 259.

On May 16, Boris Johnson. the favourite as Theresa May’s successor, announced his bid to become Tory leader.

Such is the confusion that surrounds Brexit, however, that Johnson, despite his longstanding determination to see the UK leave the EU, may have as little success as May in getting a deal passed through parliament. Given the huge decline in support for the Conservative party, acrimonious arguments over what sort of deal to present and whether a new referendum in which the public may very well vote to remain, that possibility of a fresh general election looms yet more on the political horizon. Indeed, Corbyn himself has repeated his call another general election.

If that happens, the most likely outcome could be the emergence of the Labour Party as the winners. The most recent polls declare that would be the result. And that would make Jeremy Corbyn Prime Minister of Great Britain, with a powerful say in international affairs. That, in turn, could prove a major blow for, among other countries, the State of Israel.

Sadly, ever since Corbyn’s unexpected election as leader in 2015 and the rapid growth in the numbers of far-left members who adulate him, antisemitism has become the core identifying characteristic of the Labour Party. There is no need to rehearse the many charges of anti-Jewish racism and anti-Zionist extremism that have dogged Labour under Corbyn and driven many members away. Those who have left include countless Jews, even though a majority of British Jews used to vote for the party.

It is on the antisemitism issue and Corbyn’s striking failure to combat it that his unsuitability to be prime minister appears in sharpest relief. This is best illustrated in three matters that have come to attention recently.

On March 7 this year, a spokesperson for Britain’s Equality and Human Rights Commission (EHRC) announced:

Having received a number of complaints regarding antisemitism in the Labour party, we believe Labour may have unlawfully discriminated against people because of their ethnicity and religious beliefs.

Our concerns are sufficient for us to consider using our statutory enforcement powers. As set out in our enforcement policy, we are now engaging with the Labour party to give them an opportunity to respond.

According to Dan Sabbagh, writing in The Guardian (a Labour-supporting newspaper):

The regulator’s announcement followed legal complaints made by Campaign Against Antisemitism (CAA) and the Jewish Labour Movement last year, which have argued that the party was not compliant with equalities law.

The move is the first step in an investigatory process by the EHRC, and if the regulator concludes Labour has a case to answer it could go on to open a rare full inquiry under section 20 of the Equalities Act 2006.

The EHRC has only rarely taken action against political parties before. In 2010, the regulator ordered the British National party to rewrite its constitution to comply with race relations laws because the far-right party had banned black and minority ethnic Britons from becoming members.

So far, the party’s response to the EHRC has been pitiful. On April 21, the London Times reported that:

When the EHRC began pre-enforcement proceedings against Labour last month, the party submitted a written response that is understood to ascribe the problem of anti-semitism to a “small number of individuals”.

That must surely be the greatest political understatement of all time. The evidence for massive antisemitism and anti-Zionism within Labour ranks has been building for more than two years. The continued presence of anti-Israel and anti-Zionist hatred stands in breach of some clauses in the International Holocaust Remembrance Alliance Definition of Antisemitism, reluctantly adopted in full by the Labour Party in September 2018.

Writing on May 16 (a significant date, as we shall see), in the Daily Mail, Claire Ellicott notes that:

A huge dossier of leaked messages detailing Labour’s handling of its anti-Semitism crisis is to be submitted to the equalities watchdog.

It contains a large body of evidence against the leadership, according to the former staffers who compiled it.

They are also expected to submit copies of WhatsApp conversations from their time at Labour headquarters, as well as sworn affidavits detailing the efforts to protect Jeremy Corbyn loyalists.

A source with knowledge of the material said: “The dossier is really serious. It shows a huge failure to act.”

One of the organisers of the leak added: “Who is going to speak out? Everyone. The protection of anti-Semites was on a scale and at a level that the public does not begin to understand.”

On the same day, however, Corbyn in person added considerably to Labour’s woes when he wrote a message of support for the Nakba Day protest that was to take place the next day (May 17) in London – an annual commemoration of the self-inflicted “Disaster” that befell the Palestinians in 1948. His statement was read out to the 8,000 or so people on the march. On his Facebook page he wrote:

We cannot stand by or stay silent at the continuing denial of rights and justice to the Palestinian people. The Labour Party is united in condemning the ongoing human rights abuses by Israeli forces, including the shooting of hundreds of unarmed Palestinian demonstrators in Gaza… demanding their rights.

Corbyn apparently “forgot” to mention that Israel had been “shooting” in response to more than 700 rockets that the Palestinian group, Hamas — proscribed in the UK as a terrorist organization since 2001 — had just that week fired into Israel, a tiny country about the size of Vancouver Island.

As if that statement were not bad enough, to make things worse, on May 17 the Hamas leadership congratulated him for the support he had given to the commemoration and to their protests and rocket attacks out of Gaza (which Corbyn defines as “demanding their rights”).

Hamas also praised him for condemning “the ongoing occupation and its crimes against our people,” and said that his statement “reflects an advanced moral and political position worthy of all praise and thanks.”

So here we have it. A political candidate for the post of Prime Minister, under investigation by a British government body, already known for hailing Hamas (and Hezbollah) as his friends, is embraced by Hamas itself, a notorious organization that has for years been treated as a terrorist outfit by the same government he aspires to control. To describe this as ham-fisted would be generous.

Corbyn only became a front-bench politician in 2016, following changes in membership rules that allowed large numbers of far-left supporters to join the party on payment of a token £3. Until then, in the 34 years he had served as an MP, he had remained a backbencher. In all that time, he had devoted most of his energies to the promotion of revolutionary Marxism. To the present day, he remains an ideologue more than a seasoned politician. If it were to happen as a result of Britain’s political chaos that he did emerge as a man with a role to play on the world stage, it would introduce a pro-terrorist ideological element into international affairs. 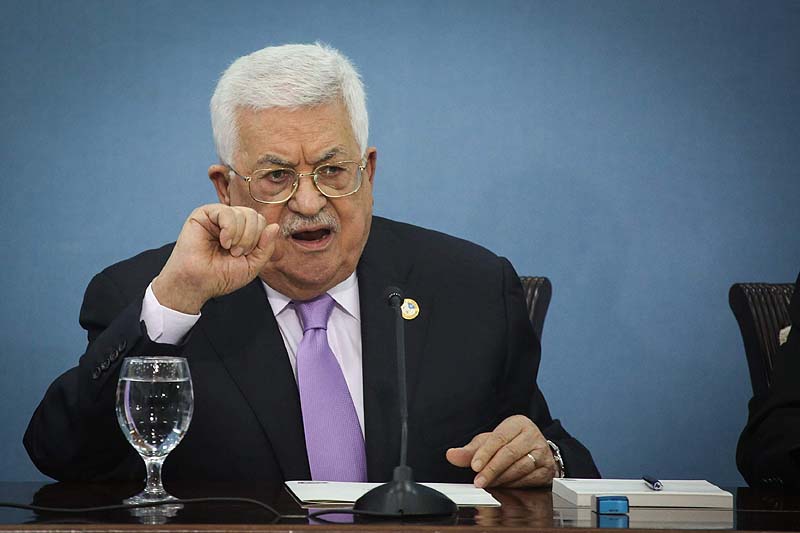