On the evening of Monday, July 23, the parliamentary group of the British Labour Party held what Sky News called an “emotionally charged meeting,” during which they endorsed the definition of anti-Semitism used by hundreds of government departments, law-enforcement agencies, municipal authorities and community associations around the world.


The Labour MPs decision was a slap in the face to both their party executive and to their party leader, Jeremy Corbyn—yet again, the main culprit for this latest episode of anti-Semitism in a party that has been plagued by it since he took Labour’s helm in 2015. This time, as has been widely reported, it took the form of Labour’s refusal to endorse the full definition of anti-Semitism of the International Holocaust Remembrance Alliance (IHRA) because of its inclusion of many of the rhetorical devices—Jews choose Israel above their own countries, Israel is born from a racist endeavor, and so on—that are invoked by Palestinian solidarity activists when they attack the relationship between the Jewish state and Jewish communities abroad.

Corbyn, however, was not in the room to feel the sting of MP anger on Monday. In a twist worthy of an Elizabethan court drama, the leader of Her Majesty’s Opposition was instead meeting with a “foreign prince”—and not minor royalty, mind you, but the Emir of Qatar, Tamim bin Hamad Al-Thani.

A handful of bloggers commented acidly on the leader of a party that is rooted in the labor movement posing happily with the ruler of a Gulf emirate whose population ratio—five disenfranchised, non-unionized, starvation-waged migrant workers for each full citizen—sounds rather like something we used to call “apartheid.” Still, choosing to bow to protocol on this one occasion, Corbyn did not raise the plight of Qatar’s migrant workers during his audience with the Emir.

Had he done so—had, say, Corbyn publicly told the Al-Thani that Qatar risked a Labour-movement boycott because of its systemic abuse of the mainly South Asian construction workers building stadiums for the 2022 World Cup—then even some of the Labour leader’s most devoted critics would have been momentarily stumped by such a display of principle. But in that moment of truth, Corbyn showed that he can be just as much of an establishment figure as the ruling Conservatives he loathes.

In fact, if, as many people inside and outside the British Jewish community fear, Corbyn does become prime minister in what would be the United Kingdom’s second general election of the crisis caused by the Brexit referendum from the European Union in June 2016, he would probably be wise not alienate the Qataris. Or the Russians. Or, indeed, any of the foreign powers that will seek political and financial leverage over the U.K., should its voters choose a government committed to the most radical policies since the Second World War. These include a mass housebuilding program, nationalization of key industries, an end to limits on pay for public-sector employees, the abandonment of the U.K.’s nuclear deterrent and the potential closure of the U.K.’s nuclear power stations, with Brexit itself yet to be resolved.

In a week when three of Britain’s Jewish newspapers have united in a joint front page that warns of the “existential risk” of a Corbyn government to British Jews, some might answer that the existential risk applies to Britain as a whole. One doesn’t have to share this apocalyptic viewpoint to see that the underlying concern revolves around how, precisely, a Corbyn government would behave towards those opposed to its program.

As resilient as the structures of British democracy are, Corbyn might well try to borrow from the political playbook of his hero: the late Venezuelan socialist dictator Hugo Chávez. In times of both boom and bust in this oil-rich, historically stable nation, Chávez found that anti-Semitism—a phenomenon that was virtually unknown in Venezuela—had its political uses. Chávez asserted himself as the lynchpin of the global alliance against imperialism with repeated attacks on Israel’s treatment of the Palestinians, deploying the imagery of the Jews as “crucifiers” that he calculated would resonate in this deeply Catholic country. Taking that position did not advance the Palestinian cause, nor did it alter Israel’s strategic advantage, but it did contribute to the majority of Venezuela’s Jewish community of 20,000 fleeing Chávez and his successor, Nicolas Maduro, for safety abroad.

I am not saying that exactly the same process will unfold in Britain should Corbyn come to power. But it is notable that there has been, once again, a rise in discussion among British Jews about whether they have a future under a government led by Corbyn. The fear that he has normalized anti-Semitism in the Labour Party, coupled with unwavering loyalty to the Palestine solidarity activists who have dragged Labour into the mire of Jew-baiting, leads many to conclude that what has already happened in the party will unfold next in the country.

My own view is that it is too soon to draw such a conclusion, although I certainly understand why others do. The possibility remains that the scandal of Labour anti-Semitism will backfire badly on Corbyn, as growing number of Britons express disbelief at the amount of time he spends on the job fighting with a community of 300,000 souls, when they know that an opposition leader serious about securing power would be focused on sweeping away the most divided and unstable British government this century. On this front, Corbyn has yet to convince. 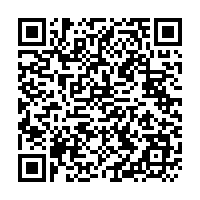