Jamall, who says both his older brothers have served in the IDF and fought in Israel’s two Gaza wars, wrote: “This morning when I got up to go to my base, I asked myself, why? Why must I serve the State of Israel, the state which I and both my brothers and my fathers served with dedication, a sense of mission, love of homeland, and in the end what are we? Second class citizens.”


Jamall would do well to read the recent news from Sweida, southern Syria, where last Wednesday, ISIS killed more than 250 Druze villagers and kidnapped dozens of Druze women and children. The Druze, estimated at 3% of Syria’s pre-war population, are regarded as heretics by the Sunni Muslim ISIS.

Israeli Middle East expert Guy Bechor told Israel’s Channel 2 News on Tuesday that Syria’s Druze once enjoyed a pact with the Syrian government that was very similar to their pact with Israel.

On April 16, 1948, in The battle of Ramat Yohanan, the Israeli Carmeli Brigade fought all night in the Zevulun Valley in the north against the Druze battalion of the Kaukji Rescue Army. The battle concluded with the Druze retreat from the Ramat Yohanan area, and was followed by a non-aggression pact with the Druze which both sides have honored to this day, and which led to decades of close and friendly cooperation between the Druze minority and the Jewish majority.

There was just one problem in Syria, Bechor related.

President Bashar al-Assad, whose army has lost hundreds of thousands of soldiers, is finding it difficult to maintain control over the newly won territories along Israel’s Golan Heights border. The Syrian army can’t recruit the local Sunni Muslims, because as soon as they would be armed they will most likely turn their weapons against the Assad government. Which leaves the Druze.

According to Bechor, a Syrian delegation recently met with Druze dignitaries in southern Syria, asking them to enlist in the national army, as they used to. Every Druze child knows about Issam Jad’aan Zahreddine, a Druze who served as Major General of the Syrian Republican Guard and played a major role in the Syrian Civil War, leading the surrounded Syrian forces during the more than three-year Siege of Deir ez-Zor (He was killed by an ISIS land mine in late 2017).

The Druze refused to cooperate. They also rejected a Russian delegation that asked for the same favor – send their sons to join the Assad army.

At which point the Syrians and the Russians removed their forces that separated between the ISIS contingency and the Druze villages in southern Syria – which was followed by last Wednesday’s ISIS massacre.

That lesson should not be lost on the Israeli Druze community who enjoy a prominent status in the hearts of the Jewish people.

Of course, no one in Israel, including Dr. Bechor, is implying that the Druze in Israel would be penalized Syrian-fashion for refusing to serve in the army, and that Israeli protection could be removed.

But the Druze, the Christians and the Muslims living in Israel must understand that the reason they enjoy democratic freedoms unimaginable anywhere else in the Middle East, and much of the rest of the world, has everything do with Israel being a Jewish State, and a militarily undefeated Jewish State at that.

Now back to Captain Jamall’s letter to the prime minister.

“Should I continue to serve the state?” Jamall asked, and answered, “I don’t want to continue and I’m sure hundreds more would stop serving and seek discharge from the IDF following your decision, Netanyahu, yours and your government’s. After plenty of thoughts that ran inside my head I did decide to resign and not continue to serve the state, a state which knows how to take but not how to give back.”

Captain Jamall concluded his post with a call to his community to demand revoking the mandatory conscription law for members of the Druze community.

Some in the Druze community have been up in arms since the enactment of the Nationality Law earlier this month, seeing themselves as being betrayed by it. Israeli politicians, including most poignantly Prime Minister Netanyahu—who has been meeting with delegations of Druze dignitaries to set the proper compensation the state should pay them for the “outrage,” Finance Minister Kahlon—who wants to take the new law in for alterations, and Education Minister Bennett—who wants to come up with ways to reattach the broken ties between Jews and Druze.

The Basic Law: Israel as the Nation-State of the Jewish People defines Hebrew as the sole official language of the State (with a special status reserved to Arabic); declares that the State “will be open for Jewish immigration and the ingathering of Jewish exiles”; and declares that the State views the development of Jewish settlements as a national value and shall act to encourage and promote the establishment and consolidation of such settlements.

With the exception of the demotion of the Arabic language from equal to special—which has zero real application in the country’s daily life, as Arabic continues to have a prominent place in every relevant official circumstance, it would be interesting to discover why the Israeli Druze community really feels that favoring Jewish immigrants (which until now has been expressed by “The Law of Return”) makes them second class citizens, or that the state, which provides ample funding to Druze settlements, would now also invest heavily in Jewish communities.

For some time now, Bechor explained, leftwing elements such as the New Israel Fund, have been “working” the Druze community, pushing it towards collaboration with the Palestinian Authority and support for a Palestinian State.

Captain Jamall’s announcement should be viewed as a reckless step, in breach of his people’s tradition of being loyal to the government, wherever they may live: Lebanon, Syria, and Israel, and a step that endangers his own community from outside forces.

No one will invite ISIS in to slaughter the Druze in Israel and kidnap their women, even if the entire community decides to resign from the IDF (by the way, it is clear that Captain Jamall is part of a very small, albeit angry and frustrated minority in his own community).

The would retain all their rights, and most likely all their government budgets.

But should they decide to terminate their much valued contribution to the country’s security forces, this would weaken the Jewish State’s defenses, exposing the Druze, along with the Jews and everyone else in the country to the harsh realities of a dog-eat-dog region. Take heed. 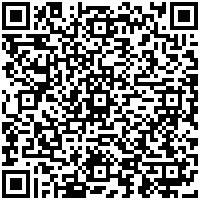