Tuesday, July 25, 2006 – The close of another day that I had hoped would be the beginning of an epitaph, the inscription commemorating the end of this war. However, it wasn’t meant to be. Instead, another day of enduring news of rocket fire, wounded, and dead.

In between the rockets, there was a demonstration on a Haifa street corner at 7 p.m. On one side of the street a group of Arabs demonstrated against Israel’s use of force to fight Hizbullah terrorists. Their concern was two Arab children killed earlier in the afternoon by a Hizbullah rocket. On the opposite side of the street, a group of Jews gathered. They were livid at the nerve of Israeli Arabs abusing their freedom of speech by demonstrating and blaming Israel for the Hizbullah attack on innocent civilians, both Arabs and Jews.


Thursday, July 27 – Eight soldiers killed in a battle at Bint-jbel. It took some six hours to extract the dead and wounded from the battleground. I opened the newspaper this morning to see the names and pictures of the dead soldiers staring up at me.

Major Roie Klein, buried on his 31st birthday, pictured together with his wife and two baby sons. I cried when I read the short synopsis of Roie’s life. A young husband and father, he was an award-winning army officer, a Torah scholar and, most of all, a modest man. Six years ago, when Israel left Lebanon, Roie starred in a film produced by the army, shot in the same village where his life came to an end. Roie’s family never saw the film; he didn’t want his heroic activities viewed.

Roie and his wife had been neighbors of our son and daughter-in-law in the Elie settlement. The men had studied at the same post-army Bnei David Yeshiva, and they met a week ago, for what turned out to be the last time, at the army practice session that our son participated in before he was sent to serve with his reserve unit.

The final moments of Roie Klein’s heroic life were described by Golani troops who owe their lives to him. He cried out Shema Yisrael and threw himself on a grenade in order to save the lives of his soldiers.

The Elie settlement and Bnei David Yeshiva suffered two horrific tragedies yesterday. In addition to Roie Klein, Lieutenant Amichai Merhavya was killed by the enemy. Not only did Amichai serve in the army – his father, too, had been called for emergency reserve duty.

Heroes. Young Jewish heroes – and martyrs. Their heroism is etched in our memories to recount in detail to future generations.

What’s the connection? Could this be crime and punishment, identified as midah k’neged midah?

Prime Minister Olmert met with a group of Gush Katif expellees still in temporary quarters in Nitzanim. Insensitive and harsh, he denigrated them for complaining about their desperate situation, for requesting government aid. The downed pilots have returned in a box, you, after all, are alive, Olmert shouted at them.The lessons of expulsion, followed by intensive rocket fire in the South and war in the North, haven’t been processed; on the contrary, the prime minister repeated that he believes in “convergence” – expelling 80,000 Jews from their homes in Yehuda and Shomron. That’s still his declared intention once the war is over.

Motzei Shabbat, July 29 – A few months ago, Muttie Dotan, regional head of the Galilee, returned from celebrating a 25-year twin cities pact with Hanover, Germany. Dotan met with Rabbi Grossman of Migdal Haemek and gave him an envelope from a member of the German parliament who had received it a few weeks earlier, prior to his father’s demise. Inside the envelope was a piece of parchment folded into a wallet. The parchment had been cut out of a Torah scroll before the Nazis burned it in a synagogue sixty years earlier. The parliamentarian’s father had served as an officer in the Luftwaffe. He kept his Luftwaffe identification papers inside the wallet. 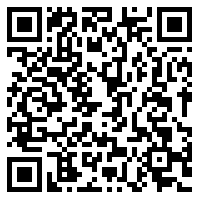