It’s election season, so Republicans can’t be blamed for expressing outrage when the political platform at last week’s Democratic National Convention removed support for Jerusalem being the capital of Israel.

Nevertheless, all the political fodder seemed disingenuous. Just a week before, nobody even noticed when the GOP’s own platform dropped its prior call for Jerusalem being Israel’s united capital – by removing the word “undivided.”


For many, support for a political party is eternal, like loyalty to a sports team. So Democrats faithfully recite talking points about President Obama being a great friend of Israel, Republicans pretend the Iraq war was a good idea, and Mets fans continue to watch Jason Bay.

On the surface, it’s good that the biggest immediate challenge to Israel’s status in Jerusalem is a few omitted words in a political platform.

But daunting threats are on the horizon, which will require Jerusalem’s supporters in the United States to do much more than play politics. A principled stance that holds everyone accountable, regardless of party affiliation, will be essential.

It may sound like a cliché, but it’s still true: For 3,000 years, Jerusalem has been the center of the Jewish world. The city was desolate for two millennia, but Jews everywhere prayed, hoped and dreamed to return there. Jerusalem is where the British banned the blowing of the shofar at the Western Wall; where the Jewish Quarter fell in 1948, as Jews were expelled and banned from the Old City for 19 years; where, in what was one of the most dramatic days in modern history, the dreams of Jewish sovereignty over our most treasured places were suddenly realized in June 1967; and where, less than a decade ago, routine bombs on buses, in cafes and in the streets left the center square virtually empty once again.

The dangers of the shofar being banned at the Western Wall, of Jews again losing access to the Old City, or of renewed mass murder in Jerusalem’s streets are real, not mere paranoia.

The world has decided that for the sake of peace, Jerusalem will be divided. But in fact, while it might be possible for Israel to cede sovereignty over outlying Arab neighborhoods added to the city’s municipal boundaries in 1967, the idea of dividing the Old City is delusional at best. Yet due to the egregious concessions offered by Ehud Barak and Ehud Olmert at the end of their failed prime ministerial tenures – concessions that were soundly rejected by Israelis – the international community assumes the delusional to be inevitable.

This is why both Republican and Democrat support for united Jerusalem has steadily eroded, as reflected in both of their party platforms. Fixing the platforms and having a celebratory l’chaim is not the answer. The platforms are the sounding of an alarm, conveying that something must be done to shift the pendulum back in Jerusalem’s favor.

It’s long past time to return to substance and explain why Jerusalem must remain united. Anybody who has spent time in Jerusalem knows it would be absurd for Jews to expect to enter the State of Palestine at Jaffa Gate, safely walk or drive in Palestine from there to the Western Wall, and then return to the state of Israel in western Jerusalem. Yet this is just what all the so-called peace plans call for – even though polls show that Jerusalem’s Arab residents prefer Israeli control over united Jerusalem to a divided city that could be an even worse place to live than Belfast or Sarajevo.

Those of us who oppose partition of Jerusalem are often derided as opponents of peace. But none other than Yitzhak Rabin, just months before he was murdered by Yigal Amir, understood that dividing Jerusalem was not a path to peace. Leaving no doubt, Rabin emphasized, “if they told us that peace is the price of giving up on a united Jerusalem under Israeli sovereignty, my reply would be ‘let’s do without peace.’ ”

When a few weeks after the attacks of September 11, 2001, the Bush administration indicated it would pressure Israel to accept the division of Jerusalem, Prime Minister Ariel Sharon angrily proclaimed, “Do not try to placate the Arabs at our expense. Israel will not be Czechoslovakia.” 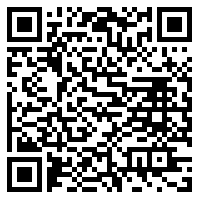