America’s leading Jewish progressives have taken a side. If Donald Trump chooses to fight anti-Semitism and support Israel’s security – well, then they’ll stand with the anti-Semites and the PLO.

Their current target is the still unreleased Trump peace plan. Given that the three lead architects of the plan – Jason Greenblatt, Jared Kushner, and David Friedman – are Jewish, the progressive slide into anti-Semitic tropes comes easily and naturally. The other week The New York Times ran a hit piece that described the plan as Kushner’s attempt to buy peace using other people’s money – and called for killing it sight unseen because good ideas are unacceptable if associated with Trump.

The piece was so misplaced that it even led Alan Dershowitz – to this day a Democrat and an ardent “two-state solution” proponent – to ask, “Why is the New York Times trying to abort the Trump peace plan?” The question is rhetorical. The Times has a long history of disdain for Israel’s security. The Times also opposes anything good for which President Trump might deserve credit.

Meanwhile, Abe Silberstein of The Forward used the Trump plan to attack Orthodox Jews. He was miffed that Jason Greenblatt recently held an off-the-record Q&A session about the plan at – shudder – an Orthodox synagogue in Queens. “[T]he choice of venue…should invite concern,” sneered Silberstein. Greenblatt, after all, “could have picked from a number of Jewish communities and organizations at which to speak during his stop in New York.”

In other words, outer-borough Jews living traditional Jewish lives are apparently retrograde, parochial, and suspect. Only wealthy, progressive, universalistic Jews are acceptable. (For the record, Greenblatt has made a point of addressing – and allowing himself to be questioned by – all manner of concerned constituencies: Arab and Israeli, Jew and Gentile, left and right, those who love the president and those who disdain him.)

For those who found his introductory broadside too subtle, Silberstein added that it was “shocking to see Mr. Greenblatt appear at an event sponsored by a group as extreme as the Coalition for Jewish Values…led by some of the community’s deplorables.” For those unfamiliar, the Coalition for Jewish Values is the largest rabbinic public policy organization in the U.S., representing over 1,000 rabbis from across the spectrum of American Orthodoxy.

The Forward similarly disparaged Jexodus, founded by the authors of this article, describing it in terms that bear little resemblance to reality. Jexodus is a non-partisan group aiming to battle the surging mainstreaming of anti-Semitism in American politics and media, including The Times and the Forward.

In recent years, America’s progressive Jewish leadership has made its position clear: “Good Jews” are affluent urban professionals who happen to be Jewish but think and vote like affluent urban professionals. These Jews support progressive Democrats; excuse anti-Semites like Ilhan Omar, Rashida Tlaib, and Linda Sarsour; recognize the legitimacy of the PLO and the UN; disdain Israel’s culture, democracy, and sovereignty; and join the resistance against President Trump.

“Bad Jews” are traditional and parochial. These Jews recognize and fight progressive anti-Semitism, support Israel as an American ally and secure Jewish state, cling tightly to religious freedom, and overwhelmingly support and appreciate President Trump’s strength on all three issues.

Against the backdrop of a uniquely warm and friendly Trump administration, both America’s traditional Jews and the State of Israel are flourishing while the Jewish ilk supported by the Forward is losing relevance daily. This year, the Forward experienced massive layoffs and ceased publication after over 120 years. It’s now just a cranky website stewing in its misery and spewing venom while it winds down to inevitable obsolescence. Sad. 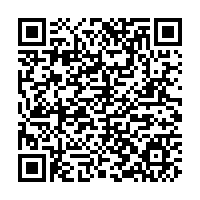