Home InDepth Op-Eds John Kerry On Israel: Second To Several
Share on Facebook
Tweet on Twitter
Someone who read an abbreviated version of “Kerry, Carter and Israel” (my front-page essay in the May 5 issue of The Jewish Press) wrote that he was unconcerned about Kerry, because his pro-Israel voting record was “second to none,” he had “fought” the attempt by the first President Bush in the early 1990’s to cut loan guarantees to Israel, and he had endorsed Israel’s recent actions against the leaders of Hamas.

I was intrigued by the suggestion that Kerry’s pro-Israel record was “second to none,” so I looked it up.

The Jewish Virtual Library lists Kerry’s vote on 60 Senate bills, resolutions and other matters: “Legislative Record of Senator John Kerry on Issues of Concern to the Pro-Israel Community” (www.us-israel.org/jsource/US-Israel/kerryrecord.html).


I disregarded the 17 measures that passed with 90 or more votes (out of a possible 100), on grounds that these were not exactly profile-in-courage moments.

(That includes Kerry’s “fight” for loan guarantees to Israel, which consisted of his joining 98 other senators in 1992 in voting for Sen. Lautenberg’s resolution of support).

Then I discounted the 18 measures that garnered between 82 and 89 votes. You don’t get a “second to none” rating by simply hanging around with the 80-plus percent crowd.

I decided the best indicator of the depth of Kerry’s support would be the instances where the pro-Israel position got 60 votes or less — by definition the most controversial situations, the ones where Kerry’s vote mattered most.

The JVL list notes that, in connection with the FY 2000 Foreign Aid Conference Report, Kerry opposed the pro-Israel position. In 2000, he failed to join 60 co-sponsors of the “Middle East Peace Process Support Act” – a bill calling on the president not to recognize a unilaterally declared Palestinian state. He also failed to co-sponsor the pro-Israel “Peace Through Negotiations Act,” which attracted 60 co-sponsors.

In 1993, Kerry failed to join 55 senators signing the Grassley/Lautenberg letter to the State Department, which demanded that it include Hamas in its annual report on terrorism.

Earlier this year, after the assassination of Hamas leader Sheikh Yassin, Kerry exasperated even the Forward — the paper that, two weeks before the New York primary, had dutifully reported to the Jewish community Kerry’s assertion that the reason he had named Jimmy Carter as his prospective Middle East envoy was a “staff mistake.”

The Forward repeatedly sought Kerry’s reaction to the assassination, but could not get a response. On March 30, 2004, it reported that “John Kerry’s campaign last week used the excuse that the senator was on vacation in Idaho to dodge repeated requests from the Forward for a statement from him on Israel’s assassination of Hamas head Sheikh Ahmed Yassin. It is still dodging the matter.”

On April 18, 2004 — nearly one month after the Yassin assassination — Kerry appeared on “Meet the Press” and was asked directly about his position: 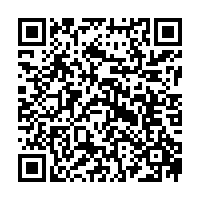