The Trump administration has revealed that four years ago the U.S. secretly indicted a Palestinian-Jordanian terrorist who was involved in the murders of American citizens.

So why is Jordan still refusing to hand over the killer?

The case involves Ahlam al-Tamimi, a Palestinian terrorist with Jordanian citizenship. In August 2001, she played a major role in the bombing of a Sbarro Pizzeria in Jerusalem. Fifteen people were killed – including American citizens Malki Roth and Shoshana Greenbaum – and four Americans were among the 122 people who were injured.

Tamimi was captured by Israel, tried, and convicted, but served just eight years in prison before being released in an Israel-Hamas prisoner exchange. She then became the host of a television show in Jordan, and has boasted on air about her role in the Sbarro massacre.

The Sbarro victims were among the 144 Americans who have been murdered (196 others have been wounded) in Palestinian terrorist attacks since the 1960s. Most of the suspects are being sheltered by the Palestinian Authority; some are even serving in the PA’s police or security forces.

The United States government has never brought any of the suspects to America for prosecution.

The Department of Justice revealed this week that one of the suspects, Ahlam al-Tamimi, was actually indicted back in July 2013. There was no explanation as to why the Obama administration kept that information secret for nearly four years.

So for the past four years, the Jordanian government has known that one of its citizens – a TV personality, no less – is wanted for murder in the United States. Yet Jordan has refused to hand her over. And the U.S. has not imposed any financial or other penalties to pressure the Jordanians on the issue.

Remarkably, the Justice Department’s announcement did not include a single word critical of Jordan for refusing to hand her over.

Even worse, the department actually provided Jordan with an excuse to continue refusing to comply: “Jordan’s courts…have ruled that their constitution forbids the extradition of Jordanian nationals.”

For some reason, the Justice Department did not explain just what it is that the Jordanian constitution says on the subject. Here it is, in Article 21(1): “Political refugees shall not be extradited on account of their political beliefs or for their defense of liberty.”

Get it? If the Jordanian government is claiming that its constitution forbids extraditing Tamimi, it has to claim that the Sbarro massacre was a “political” crime. That’s outrageous.

The U.S. has an extradition treaty with Jordan. When President Clinton submitted the treaty to Congress on March 28, 1995, his letter stated:

“The Treaty further represents an important step in combating terrorism by excluding from the scope of the political offense exception serious offenses typically committed by terrorists, e.g., crimes against a Head of State or first family member of either Party, aircraft hijacking, aircraft sabotage, crimes against internationally protected persons, including diplomats, hostage-taking, narcotics trafficking, and other offenses for which the United States and Jordan have an obligation to extradite or submit to prosecution by reason of a multilateral international agreement or treaty.”

Sure, it’s good that Ahlam al-Tamimi is now on America’s Most Wanted list. But when will the Palestinian killers of some 142 other Americans be added to the list?

More important, when is the U.S. government finally going to put meaningful pressure on those who shelter killers of Americans?

The U.S. gave Jordan $393 million in aid last year. Is that just a blank check? Or is it time, perhaps, to make some of that aid conditional on Jordan surrendering killers of Americans?

Until the U.S. takes concrete steps to turn the symbolic indictment of al-Tamimi into concrete action to put her behind bars, legitimate questions will continue to be raised about whether our government is serious about bringing Palestinian killers of Americans to justice. 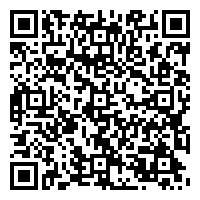