After a week-long brawl between Prime Minister Benjamin Netanyahu (Likud) and his Finance Minister Moshe Kahlon (Kulanu), over the PM’s nasty habit of stealing the credit for successful projects which had been carried out by his coalition partner, Netanyahu on Saturday night has reneged on a major agreement with Kahlon which could spell the end of the 67-seat coalition government.

In a meeting with Likud ministers Netanyahu held on the eve of his visit to Beijing Sunday, he said, according to Ynet, “If we don’t reach an agreement with Kahlon we’ll go to elections.”

The crisis has been focused on plans by the finance minister and the PM to replace Israel’s state-funded broadcast authority with a new one. IBA, which has existed in one form or another since before the establishment of the state, is widely considered too expensive and left-biased. Kahlon remained committed to the plan of tearing down the old system and erecting in its place a new, more balanced and cheaper one, which he planned to put in place by the end of April.

At some point, whether because he discovered that the new authority would be as independent and critical as the old one, or because he sensed that he would get the sympathy vote should he oppose the cruel cuts Kahlon is planning and “save” hundreds of middle-aged broadcasters from certain unemployment, Netanyahu, who had been veering away from his deal with Kahlon finally announced on Saturday night that the deal was dead.

Kahlon has yet to respond to his open humiliation by Netanyahu, who had been rubbing him the wrong way for some time. This scene is reminiscent of the blowout of the former Netanyahu coalition, with Yair Lapid (Yesh Atid) in the role of Finance Minister.

Opposition head Isaac Herzog on Saturday tweeted: “The Zionist Camp under my leadership will cooperate with a moderate, social, and responsible Zionist block, to replace the PM. We will conduct negotiations to reach broad support for a constructive no-confidence vote in the current Knesset.”

On paper, Herzog could cobble a new government with relative ease, should such a vote of no-confidence succeed and the Netanyahu coalition government be toppled – even without new elections. Should President Reuven Rivlin tap him to form an alternative coalition – instead of agreeing to new elections, which is the president’s prerogative, Herzog might just try to assemble Lapid, Meretz, together with Shas and Liberman, to form a comfortable majority.

This is not a likely scenario, however. Herzog lacks the support from within to such a bold move. His rivals for the leadership of the Zionist Camp want him down, not up. Kahlon, too, would likely face rebellion in his own party, whose members are happy in their jobs as MKs and ministers – mostly because they are unlikely to come back come an election.

So, in the end, Kahlon is probably going to swallow his pride and the frog cooked up for him by the prime minister, the old IBA will stay in place and the plans for the new broadcast authority will be shelved for the umpteenth time. 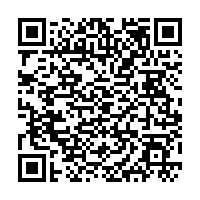