At the end of the Gaza war in May, during a meeting with members of the Palestinian Affairs Committee of the Jordanian Senate, Dr. Muhammad Khalaila, Minister of Religion of the Hashemite Kingdom, revealed two interesting things.

First, the cost of maintaining Jordanian workers at the al-Aqsa Mosque, which is funded by Jordan, is about NIS56 million a year (12 million Jordanian dinars). As is well known, Jordan attaches great importance to its position as the mosque’s “guardian,” rivaling Saudi Arabia’s traditional role as guardian of Islam’s holiest shrines in Mecca and Medina.


The second item revealed by the minister is that there are 850 Jordanian employees in al-Aqsa who are registered as official employees of the Jordanian Ministry of Religion.

This is curious. As anyone visiting the mosque can attest, no more than a few dozen Jordanian Waqf security guards are visible—not hundreds, and certainly nowhere near 850. So who are the others, where are they, and what are they doing?

The most likely hypothesis is that those workers are used as mercenaries of a sort in times of crisis. Many significant gatherings have sprung up almost instantly on the Temple Mount in recent years whenever the site deteriorated into violence—during the recent Gaza war, during the magnetometer riots (July 2017), during the Mercy Gate crisis (March 2019), and in many other violent outbursts. The Jordanian workers might serve as a “rapid incitement force” that increases the volume of the event, stirs up the crowd, and stimulates it to conduct riots, or joins with the crowd to create a sense of “togetherness” against the “occupation.” If each of those Jordanians brings along one or two young men, in a short time thousands of rioters can be expected.

This allows the organizers of the riots to put tremendous pressure on the Israeli authorities and render it difficult for them to calm the situation. The road from there to surrender is short.

Why are so many “employees” needed, and why does Israel allow such a large number? Do the security authorities know their identities? Is their income legally reported to the tax authorities? How many of them have been arrested, and how many are involved in riots or terrorism? These are questions that need to be answered. 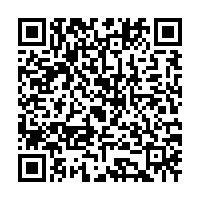