Let me first say that I really do not care what you choose to eat. Therefore, I find it insulting and irritating that you should take it upon yourself to tell me what I should eat. You are not my doctor and in fact have no training in medicine.

Moreover, I find it infuriating that you presume to pronounce upon my own morality based on what I choose to eat while bragging about your own high ethical standards, all because you do not eat meat or animal products.

Perhaps the most obnoxious part of your posturing is your pretense that somehow Judaism itself endorses your extremist vegan choice of diet while it condemns my meat-eating one as ethically inferior.

Let us back up a bit. There is nothing in Judaism that condemns the eating of meat. Indeed, not only is vegetarianism not endorsed in classical rabbinic sources as some kind of morally superior life style, it is actually prohibited in halacha, at least with regard to the Passover sacrifice.

When the Temple was in existence, Jews were religiously obligated to eat roasted meat at least once a year on the evening of Passover. They could not abstain from doing so on grounds of hypertension or cholesterol dangers, nor could they substitute tofu for the grilled meat.

The eating of meat is to be found in virtually all Jewish texts. Abraham did not welcome the passing strangers into his tent with a hospitality dinner composed of lettuce and turnip daiquiris. The children of Israel ate quail while wondering through the Sinai wilderness. Donations and obligatory payments to the Temple were routinely made in the form of animals to be eaten.

While the Torah goes to lengths in several places to list animals whose consumption is prohibited, this is clearly done for the purpose of identifying animals whose meat can be consumed. Festivals in particular involved the eating of meat, and there are rabbinic opinions holding that a holiday meal without meat is not a true feast (even on Shavuos).

Indeed, the only case that comes to mind of vegetarianism in the Bible is in the Book of Daniel, and there it is clear that the practice was embraced reluctantly because no properly prepared kosher meat was available.

I know you like to toss out the usual claims from the animal rights lobby about how all animal products are terribly harmful to your health. We will come back to those claims in a moment. But suppose – just suppose – the medical profession reached complete consensus that eating animal products was good for your health, not harmful to it. Would you then agree that Judaism unambiguously prohibits vegetarianism on the grounds of the need to preserve one’s health?

I already know what your answer is. You would still oppose all eating of meat and animal protein. Which, of course, proves my point. You are not opposed to eating meat because it is unhealthy for humans to do so. You are opposed to the eating of meat because you have embraced a pagan quasi-worship of animals and their “rights” – where the “interests” of animals trump the interests of humans.

That is why you also oppose medical experiments involving animals. You would rather that millions of humans die of cancer than subject lab hamsters and monkeys to experimentation for the advance of science.

The consensus among doctors that eating animal products is not, in and of itself, hazardous to one’s health is about as close to unanimous as is possible regarding any medical question. 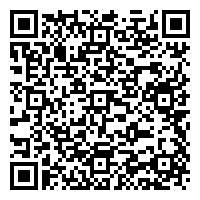