An American Jewish government contractor kidnapped by Al Qaeda in Pakistan again has asked the Obama administration to negotiate with his captors.

Al Qaeda released a video message from Warren Weinstein, a former Peace Corps and USAID official, late Wednesday night in which he says he feels “totally abandoned and forgotten,” according to the Washington Post. The video was sent to journalists and news services in Pakistan, according to reports.


Weinstein, 72, sitting by himself against a white wall, asks Obama to release Al Qaeda terrorists in exchange for his release.

“You are now in your second term as president of the United States, and that means that you can take hard decisions without worrying about re-election,” he said.

A link to a photo of a handwritten note was also sent to journalists. The testimonial letter is dated Oct. 3, 2013; it is not known when the video was filmed.

Weinstein, of Rockville, Md., was kidnapped in August 2011 outside Pakistan while he was working for J.E. Austin Associates, a private company that advises Pakistani businesses.

The U.S. State Department did not receive a copy of the video, but was provided with one by the Post.

In a video released in May 2012, Weinstein also appealed to President Obama to save his life, asking him to accede to his captor’s demands, including the freeing by the United States of all al-Qaida and Taliban suspects.

In September 2012 Weinstein appealed to Israeli Prime Minister Benjamin Netanyahu, in a video released by Al Qaeda, to help free him.

“As a Jew, I am appealing to you, Prime Minister Netanyahu, the head of the Jewish State of Israel, as one Jew to another, to please intervene on my behalf, to work with the mujahideen and to accept their demands so that I can be released and returned to my family, see my wife, my children and my grandchildren again,” he said in the video.e 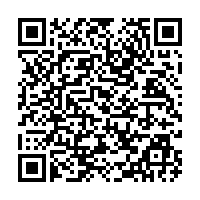