For over two decades, Palestinian terrorists have literally and figuratively gotten away with the murder of dozens of Americans, slaying at least 64 US citizens in a chilling variety of stabbing, shooting and bombing attacks.

And yet, despite Washington’s undisputed commitment to fighting terrorism, not a single Palestinian perpetrator has been brought to justice for spilling American blood, nor has the Palestinian Authority been held to account.

After eight years in which the Obama administration did virtually nothing to pursue Palestinians wanted in connection with the murder of American citizens, essentially giving the terrorists a free pass, now is the time for the Trump administration to take a much tougher line on this critical issue.

Indeed, this week marks the 14th anniversary of one of the more brazen examples of anti-American Palestinian terrorism. It was on October 15, 2003, that Palestinian terrorists set off a remotely controlled explosive device on a Gaza road as a US diplomatic convoy passed by. The bomb killed three Americans: John Branchizio, 37, of Texas, John Linde Jr., 30, of Missouri, and Mark Parsons, 31, of New Jersey. One other American was wounded in the blast.

Despite the fact that the attack took place in broad daylight and the American vehicles all bore diplomatic license plates, the Palestinian Authority, first under Yasser Arafat and then with Mahmoud Abbas at the helm, refused to take action, preferring instead to allow the murderers to roam free.

Not surprisingly, the incident came in the wake of weeks of ongoing anti-American incitement in the official Palestinian media.

Just five days prior to the bombing, Palestinian television broadcast a sermon delivered in Gaza in which the preacher threatened “destruction for the United States” and noted ominously, “From this place [i.e.

Gaza] we warn the American people that this president is dragging them to the abyss.”

Incredibly, a year after the attack took place, PA military intelligence chief Musa Arafat told Reuters in September 2004: “Palestinian security forces know who was behind the killing of three Americans in Gaza nearly a year ago but cannot act against the factions while fighting with Israel continues.”

In December 2008, Israeli forces managed to track down and kill one of the ringleaders of the attack, Muhammad al-Dusaqi, who was a leader of the Popular Resistance Committees. But that can hardly serve as much comfort to the relatives of the US victims, as others involved in the assault continue to evade justice.

Indeed, it has often seemed that Israel has done more to raise the issue of Palestinian terrorism against Americans than Washington itself.

Earlier this year, on June 9, Defense Minister Avigdor Liberman met in Jerusalem with US Ambassador to the United Nations Nikki Haley and handed her a list of Americans who died at the hands of Palestinian terrorists.

Among those appearing on the somber registry were Ezra Schwartz, an 18-year-old who was studying in an Israeli yeshiva and was gunned down in a driveby shooting in November 2015, as well as 76-year-old Richard Lakin, who was shot in the head and stabbed in the chest by a Palestinian terrorist in Jerusalem in October 2015.

And then, of course, Taylor Allen Force, aged 29, a former US Army officer whom a Palestinian stabbed to death in Jaffa in March 2016.

It appears that politics has played a role in Washington’s reluctance over much of the past two decades to press the issue, perhaps out of concern that it would drive the Palestinians away from the negotiating table.

Take, for example, the Rewards for Justice website run by the US State Department, the goal of which is “to bring international terrorists to justice.” Located at www.rewardsforjustice.net, it lists a series of terrorist attacks against Americans dating back to the early 1980s.

Inexplicably, in the section devoted to the 2003 Gaza attack, the State Department fails to identify those who carried out the bombing as Palestinians.

Instead, it vaguely refers to “those responsible for this attack,” as if their identity is unknown.

Given America’s leverage with the Palestinians, as well as the vast capabilities of US intelligence, it beggars the imagination to believe that Washington cannot be doing more to go after Palestinian terrorists with American blood on their hands.

Last year, the US House of Representatives Oversight Subcommittee on National Security held a hearing on the issue. Subcommittee chairman Rep. Ron DeSantis (R-Florida), stated, “The committee has counted that since 1993 at least 64 Americans have been killed, as well as two unborn children, and 91 have been wounded by terrorists in Israel and the disputed territories.”

He then asked Obama’s deputy assistant attorney-general Brad Wiegmann a very simple question: “How many terrorists who have killed or wounded Americans in Israel or the disputed territories has the United States indicted, extradited, or prosecuted during this time period?” Wiegmann’s answer was telling. “I think the answer is – is none,” he said.

A change in policy is long overdue and it is time for Washington to pursue Palestinian terrorists who murdered Americans, with the same vigor that it hunts down other terrorists around the globe who target US citizens.

There is no reason why the Palestinians should continue to receive any American aid, or their representative offices should be allowed to operate on US soil, while they continue to harbor terrorists who killed Americans.

If Donald Trump wants to highlight the differences between his Middle East policy and that of his predecessor, a good place to start would be by taking strong steps to ensure that Palestinians who murdered Americans are brought to justice forthwith. 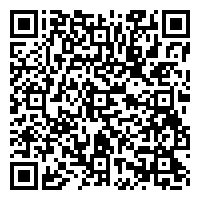