A few weeks ago, John Kerry gave a foreign policy speech in Seattle – another of his criticisms of the Bush Administration for “going it alone” instead of “assembling a team.” The speech was uninspiring, but it ended with a rhetorical flourish, as Kerry assured his audience he would lead a great alliance:“We do not have to live in fear or stand alone. We don’t have to be a lonely watchman on the walls of freedom.”Shortly thereafter, the American Spectator noted that Kerry had actually cribbed the ending to his speech, borrowing – without acknowledgment – from the final paragraph of the speech John F. Kennedy was to have given on the day he was assassinated.In that speech, Kennedy’s last paragraph had begun with this sentence:“We, in this country, in this generation, are – by destiny rather than by choice – the watchmen on the walls of world freedom.”But Anne Lieberman, who edits the remarkable Boker Tov, Boulder blog, noted that the actual source of the sentence went back much further – to Isaiah 62:6-7:“I have set watchmen upon your walls, O Jerusalem, who shall never hold their peace day nor night; you who make mention of the Lord, take no rest.”Lieberman then noted a more critical point: Kerry had reversed the meaning of the biblical injunction – turning it from an exhortation into a portrait of a “lonely” watchman, watching over a people living in “fear,” standing “alone,” something he assured his audience they did not “have to” be.Kerry had not plagiarized Kennedy; he was actually saying something that was virtually the opposite of what the patron saint of the modern Democratic Party had sought to convey.And thereby hangs a tale.Kennedy was scheduled to give his speech on November 22 to a joint luncheon of the two symbols of progressive leadership and learning in Dallas – the Dallas Citizens Counsel and the Dallas Assembly.His prepared remarks began by saying it was inevitable that there would always “be dissident voices heard in the land, expressing opposition without alternatives, finding fault but never favor, perceiving gloom on every side …” The speech ridiculed those who thought the nation was “headed for defeat through deficit,” and who did not realize he was reducing the size of government.Then he turned to national security – to emphasize “the strength we stood ready to use on behalf of the principles we stand ready to defend” – from Europe (Berlin) to Latin America (Cuba) to Southeast Asia (Laos):“In less than three years, we have increased by 50 percent the number of Polaris submarines scheduled to be in force by the next fiscal year, increased by more than 70 percent our total Polaris purchase program, increased by more than 75 percent our Minuteman purchase program, increased by 50 percent the portion of our strategic bombers on 15-minute alert, and . . . increased by 60 percent the tactical nuclear forces deployed in Western Europe. . . .“We have radically improved the readiness of our conventional forces — increased by 45 percent the number of combat ready Army divisions, increased by 100 percent the procurement of modern Army weapons and equipment, increased by 100 percent our ship construction, conversion, and modernization program . . . increased by 30 percent the number of tactical air squadrons, and increased the strength of the Marines. . . .“We have increased by 175 percent the procurement of airlift aircraft, and we have already achieved a 75 percent increase in our existing strategic airlift capability. Finally, moving beyond the traditional roles of our military forces, we have achieved an increase of nearly 600 percent in our special forces . . . . In the remainder of his speech, Kennedy noted that in less than 1,000 days the nation had surged ahead of most of Western Europe in corporate profits — which had risen 43% in less than three years — by cutting personal and corporate income taxes by huge amounts.Finally, Kennedy said he cited all these facts and figures to “make it clear” that we now had the military and economic strength “to do whatever must be done for the preservation and promotion of freedom.” And then he concluded with this paragraph:“We in this country, in this generation, are – by destiny rather than choice — the watchmen on the walls of world freedom. We ask, therefore, that we may be worthy of our power and responsibility, that we may exercise our strength with wisdom and restraint, and that we may achieve in our time and for all time the ancient vision of “peace on earth, good will toward men.” That must always be our goal, and the righteousness of our cause must always underlie our strength. For as was written long ago: ‘except the Lord keep the city, the watchman waketh but in vain.’ “Kennedy’s concluding paragraph had thus included no less than three biblical references – only one of which was clearly recognizable.The reference in Kennedy’s last sentence, in what turned out to be his last speech, was to Psalm 127:Except the Lord build the house,They labor in vain that build it;Except the Lord keep the city,The watchman waketh but in vain.It was a time when the Democratic Party could reference the Bible without irony or ostentation; when the Democratic Party was proud of mobilizing the country after a decade of ignoring gathering threats; when the Democratic Party believed in bearing any burden, and opposing any foe, in the service of a righteous cause throughout the world.Some of us still registered as Democrats wish that the Democratic Party of John F. Kennedy still existed. 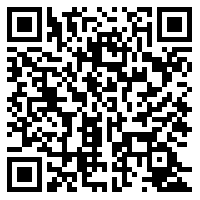