While the number of daily casualties in Iraq continues to grow, there is a relative quiet on Israeli streets. It has now been more than three months since the last serious suicide bombing in Israel. In three major attacks on Jerusalem buses and at the Ashdod port during the beginning of 2004, 28 Israelis were killed and some 120 people were wounded.Senior Israeli military officials said recently that there was a 75 percent drop in the number of attempted suicide bombings this year, compared to the similar period in 2003. Since the beginning of the year, 58 potential suicide bombers have been nabbed by Israeli security forces.“The level of terror is slowly declining,” Israeli Defense Minister Shaul Mofaz confirmed. “We must keep up the offensive operations. The pressure is working. The motivation of terror organizations is high, yet their capabilities have significantly decreased,” he said.The question raised by the statistics is whether the sense of a lull in Palestinian suicide bombers is an optical illusion, or has Israel succeeded in devastating the terror groups so that they can no longer strike out at innocent citizens.A number of factors have led to Israeli successes in its war on the suicide bombers.The security fence: Israel’s security fence, deemed “illegal” by the International Court of Justice in The Hague, is a visible and effective reason for the reduction of the number of successful attacks in Israel. The first stage of the fence, in northern Israel, has served as an efficient deterrent, and no terrorists have managed to infiltrate into the country in that area. The existence of a security fence around the Gaza Strip has for years prevented bombers from infiltrating into Israel.Decapitated leadership: The Hamas terrorist organization in the Gaza Strip has yet to fully recover from the Israeli strikes that killed its former leaders, Sheikh Ahmed Yassin and Dr. Abdel Aziz Rantisi. As a result of Israel’s policy of “targeted killings,” terrorist leaders remainunderground, concentrating on their own survival instead of planning new attacks. Three weeks ago, Israeli security forces shot and killed the local commanders of the Al-Aqsa Martyrs’ Brigade, Hamas and Islamic Jihad terror groups in Nablus, considered the “capital of terror” on the West Bank. Local sources admit that at least in the short term, the loss of their commanders is a near mortal blow to the terrorists’ ability to perpetrate attacks.Arrests and more arrests: Israeli security forces are making nightly raids into Palestinian towns throughout the West Bank to detain terror suspects. Since the beginning of the year, some 2,000 Palestinians have been arrested. According to B’Tselem, the Israeli human rights organization, Israel currently holds over 6,600 Palestinians in military and government-runprisons. Each of the arrests leads to additional intelligence information about potential terror attacks.Pinpoint intelligence: In the last few weeks, Israeli security forces apprehended an 18-year-old potential suicide bomber and two of his operatives just north of Jerusalem, and another potential bomber was arrested in Ramallah. In both cases, the army discovered the explosives belts that were to be used in the murder of innocent Israeli citizens.Demolishing terrorists’ homes: IDF Chief of Staff Lt.-Gen. Moshe Yaalon said recently that Israel’s policy of demolishing the homes of terrorists’ families was proving to be an effective deterrent in discouraging potential bombers.Cutting off funding: According to Israeli media reports, Saudi Arabia has begun cutting back its financial aid to the Hamas. Israeli military officials attribute the change in Saudi policy to pressure from the U.S. In addition, the Palestinian Authority is showing initial signs of cutting off funding for militant groups, including the Al-Aksa Martyrs’ Brigade. And following the fall of Saddam Hussein, Palestinian families no longer receive compensation of $25,000 when a son perpetrates a suicide bombing.Separating terrorists from civilians: Alongside continued military offensives, the Israeli army has worked to ease conditions for Palestinian civilians. Numerous roadblocks have been removed in the West Bank, and the Erez and Karni Crossings have been reopened, allowing Palestinian laborers, merchants and produce to enter Israel from the Gaza Strip. The IDF hopesthe easing of restrictions will result in a spike of economic activity for an increasingly poor Palestinian population, without disrupting anti-terror efforts.All these factors have contributed to recent successes in the ongoing war against suicide bombers, but it is still too early for Israel to relax and declare a victory. The potential for terror attacks remains high, even if the terrorists’ capabilities are currently diminished. The present “lull” could end at any moment. 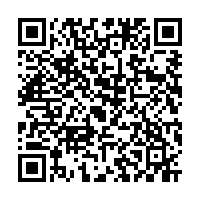