On Sunday evening, ABC late night host Jimmy Kimmel dropped an absolute stinker of a performance — bland, flat, and politically correct. But he did drop one joke that landed: a joke targeting Vice President Mike Pence, but accidentally exposing Hollywood for what it is. Noting that many of the nominated films were seen by virtually no one, Kimmel stated, “That’s not the point. We don’t make films like Call Me By Your Name for money. We make them to upset Mike Pence.” Call Me By Your Name is a gay seduction story between a 24-year-old and a 17-year-old.


When I wrote Primetime Propaganda: The True Hollywood Story Of How The Left Took Over Your TV back in 2011, I interviewed dozens of Hollywood insiders — show creators, writers, producers, and executives. Many of them admitted outright that they purposefully stacked their shows with leftist messages; a few even said that they openly discriminated against conservatives in their business. But nearly all of them excused such discrimination by claiming that they were responding to the market — they explained that their leftist content is what Americans wanted to watch, and that their ratings were evidence that they weren’t just propagandists.

That wasn’t true then, and it’s not true now.

Hollywood simply does not make “message” films from the Right. They mock such films. In fact, films that carry any non-leftist message are trashed by the critics, derided as fascistic and simplistic. So Death Wish (both the original and the remake) become “problematic,” but stories of fish sex become tales of heroism and beauty. And Death Wish was intended to be big budget — it was meant to drive ticket sales, which is how it was made in the first place. Nobody thinks The Shape of Water was going to bust the cash register, but it got made because it’s chock full of symbolism about the evils of “repressive” America.

Kimmel told the truth, which is why his joke landed. Hollywood does greenlight films so that its creators can brag to each other at cocktail parties about how much they ticked off Mike Pence. The dirty little secret is that the more they tick off Mike Pence, the fewer Americans overall bother watching the messages they’re so eager to dispense. 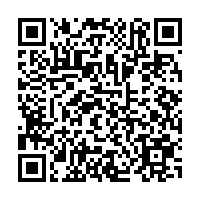