MKs Yoav Kisch and Bezalel Smotrich, who co-chair the Lobby for Eretz-Israel at the Knesset, on Minday sent an urgent missive to AIPAC’s Chairman of the Board of Directors Robert Cohen, President Lillian Pinkus, and CEO Howard Kohr, as well as the group’s executive board members, regarding their antiquated policy endorsing the two-state solution.

Kohr made news on Sunday when he told his group’s members about an inevitable link between Israel’s acceptance of a Palestinian state on its border and its good relations with Arab states in the region – which is highly doubtful, seeing as their fear of a burgeoning Iran is motivating the Arab’s recent clinging to Israel, a nuclear good neighbor they trust.


In their letter, Kisch and Smotrich wished to disabuse the AIPAC leaders of their “obsolete policy for a two state solution to solve the Israel-Arab conflict in our region.”

The AIPAC stand on the peace process is clear, according to its website: “Israel and the United States are committed to a two-state solution.” This unambiguous statement suggests the end goal of the process as being “a Jewish state living side-by-side in peace with a demilitarized Palestinian state.”

“The ruling party, the Likud, in 2002 voted and presented an official policy statement rejecting the two state notion and this policy remains in place,” Kisch and Smotrich informed the group in their letter. “Moreover, the two state proposal is opposed by the majority of the ministers of the Israeli government, most of the ruling government coalition and most importantly, by the broad spectrum of the citizens of Israel. Pointedly, the two state idea is not included in the coalition’s defining principles and policy guidelines.”

“Harsh lessons of the past regarding land concessions have demonstrated that creating the groundwork for a terrorist, fundamentalist, Muslim state in the heart of the Land of Israel is dangerous and lethal to the security of Israel,” the two MKs went on. “This would undermine the existence of the Jewish, democratic state that, with great sacrifice, we have strived to build over the last seventy years. The People of Israel yearn to fulfill their historic destiny in the land of our mutual forefathers and in pursuit of this mission we will not allow terrorism to weaken our resolve.”

They concluded: “We urge you, the honorable AIPAC leadership and members, to revise you policy and mold your vision taking into account lessons of the past, existing realities and the will of the people of Israel.”

Israeli Welfare Minister Haim Katz (Likud) stated on Tuesday that while AIPAC is a big and important friend of the State of Israel, this does not allow it to determine Israel’s position on various issues, certainly not vis-à-vis elected officials in the United States.

Katz stressed that AIPAC certainly must not “present to the members of Congress and the Senate the two-state solution as the position of the State of Israel, since this is simply not true and the State of Israel does not support the establishment of a terrorist state in the heart of the country.” 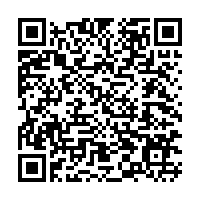