On 20 September on Meet the Press, Republican candidate for president Dr. Ben Carson said he would “not advocate that we put a Muslim in charge of this nation.”

The usually sober, national treasure Charles Krauthammer on Fox TV criticized his opinion as “morally outrageous” and then went on to opine about the U.S. Constitution and Islam as proof.


Then on 26 September in National Review online, another national treasure, Andrew C. McCarthy, proceeded to take apart Krauthammer’s thinking and expose his ignorance of both the Constitution and Islam.

And here we ponder the cause of Krauthammer’s blunder, the term used in chess to describe a simple mistake by an otherwise brilliant player. How could the otherwise excellent Dr. Krauthammer be so wrong?

The answer may found be the fact that he is an IBJ, an Inside-the-Beltway Jew, like most mainstream journalists and politicians of Jewish extraction. An IBJ is a Jew is one who defends the general right of Israel to exist but when it comes to other facets of its predicament and ocean of Islam it is surrounded by on three sides, the IBJ is required to toe the politically correct line expressed by the traditional White Anglo-Saxon Protestant opinions in the State Department.

For example, like fellow IBJ Alan Dershowitz, Krauthammer is on record saying that when peace comes between Israel and the Arabs, all the post-1967 Jewish communities a.k.a. settlements will be gone. This is another way of saying that the half-million-plus Jews living in them must be driven from their homes and communities in numbers exceeding those expelled from Spain in 1492.

An IBJ must also speak well of Muslims and Islam in general. Otherwise, his multi-purpose admission ticket to the best restaurants in Georgetown and appointments to government positions and invitations to conferences and the publication of his opinions in the MSM will be annulled. A Jew who defends the right of Jews to live in Judea and Samaria is barred from working and having any influence inside the Beltway whatsoever.

Krauthammer on Israel is little different than Dershowitz, the famous criminal defense lawyer who stuffs his pockets with the ill-gotten gains of criminals but will not defend pro-bono the right of Jews to live in peace, tranquility and enjoy sovereign rule in Judea and Samaria.

Dershowitz is, I believe, on record, like his soulmate at the New York Thomas L. Friedman, stating that Israelis may have the right to live in Judea and Samaria (“West Bank”) but for the sake of “peace,” Israel should waive this right. Peace and ‘justice for the “Palestinians’” by giving them a state is far more important than Jewish rights – and never mind that no one ever told American Negroes in the Civil Rights era to stop making trouble and upsetting whites, which they did by demanding their rights.

President Richard Nixon once (at least) referred to his National Security Adviser and later Secretary of State Henry Kissinger as his “Jewboy,” probably because whenever Israel was the topic of discussion in the Oval Office with the president and other advisers, Kissinger debased himself as the most anti-Israel man in the room.

And he was not alone in the diplomatic corps. The State Department seems to have had over the years a whole department of “Jewboys,” the professional Peace Processors (who never brought peace), e.g. Martin Indyk, Daniel Kurtzer, Aaron David Miller, Dennis Ross, Richard Haas and the current ambassador to Israel Daniel Shapiro who supports Obama’s plan to give $150 billion to Iran to transfer to Hamas and Hezbollah to murder more Jews. Miller is also on record singing the praises of his idea of a great statesman, James “F–k the Jews” Baker. Ross was also a Baker protégé. And it was Friedman who famously fed Baker the nasty apostrophe to Israel that came out of Baker’s mouth before Congress in 1990: “When you’re serious about peace, call us,” then he gave out the telephone number of the White House.

This is why the usually excellent Charles Krauthammer blundered. When it comes to Islam and the Constitution, two subjects about which Andrew C. McCarthy knows much more, an IBJ must never let anyone think he thinks like a Jew and is not a patriotic State Department factotum.

Israel has been fighting every day for its survival for 67 years. Almost every week some Israeli is wounded, terrified or murdered by a Muslim shouting “Allahu Akbar,” and that is because Israel’s real enemy has never been the phantom “Palestinians” but Islam.

Palestinian Nationalism is a monumental, world-historic fraud. From the end of the First World War until the 1960s, the official line wielded by the leader of the Arabs in Jerusalem, the Grand Mufti Amin al-Husseini. was that there was no such country as Palestine because for fourteen centuries Arabs and other Muslims never called it that. “Palestine” appears nowhere in the Koran. There never was jurisdiction under Muslim rule called “Palestine,” no king, emir, sultan or pasha of Palestine either. In 1920, Haj Amin even started a riot in Jerusalem demanding that the League of Nations Mandate for Palestine be cancelled, for what Jews and Christians called Palestine was for him Al-Suria al-Janubia/Southern Syria. He even published a newspaper with that name to fight against the Mandate’s creation of a country called Palestine that never existed in Muslim minds, and certainly not one intended to be a “Jewish Homeland. During the riot he demanded annexation to Syria, whose capital was Damascus, not Jerusalem.

Only in the 1960s did the fiction of a “Palestinian” people surface to camouflage the age-old Islamic hatred of Jews who must be, according to sharia law, “oppressed and humiliated.”

No IBJ dare criticize Islam per se, the religious community that has persecuted Jews every day since its founding — only “Islamic extremists.”

Ben Carson was spot on and so was Andrew C. McCarthy. Islam is not like other religions. And it is neither “Islamophobic” nor “morally outrageous” to say so. 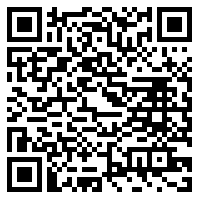