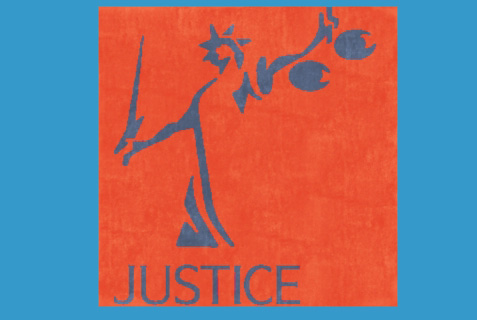 Anti-Israeli activities, sometimes exceeding certain boundaries and developing into antisemitism, is a familiar and common temperament expressed at campuses around the US. Even so, it seemed that recently a red line was crossed, when several student organizations at the University of California, Berkeley – one of the leading academic institutions in the US and around the world – announced an all-encompassing boycott against any speaker wishing to express sympathetic opinions of Israel or Zionism.

The exact wording of the decision prohibits the support of “Zionism in the apartheid state of Israel and in the occupation of Palestine,” and considers that the boycott is “vital for the safety and welfare of Palestinian students on campus.” The decision was initiated by Law Students for Justice in Palestine (LSJP). “It forces all student organizations that adopted this decision to hold a training session, titled “Palestine 101” for their students.

Eight additional student organizations at Berkeley’s law faculty have adopted the decision and started applying the policy that prohibits the expression of opinions showing any support for Israel or Zionism.

The situation is even worse in New York

Where exactly does one draw the line between legitimate criticism of Israel and antisemitism? The Task Force for International Cooperation on Holocaust Education, Remembrance, and Research, an organization comprised of dozens of state members, has worded an international definition of antisemitism, which was adopted, among others, by the US and the European Union (the Union Parliament retroactively changed the definition from a definition binding the member countries to a recommendation only). “Denying the Jewish People’s rights for self-determination,” i.e. the claim that “the existence of the State of Israel is a racist enterprise,” has been defined as antisemitism. Therefore, denial of Zionism – the essence of Jewish self-determination and empowerment – and calling Israel as an “apartheid state,” is considered antisemitism.

The problem is that Berkeley is only the tip of the iceberg. Hatred towards Israel, distributing disinformation, lies and half truths about the Jewish state, applying unique standards on Israel that are not applied to any other country in the world; and all this under the guise of “concern for human rights,” have become the almost ultimately binding bon ton at many universities in the US.

“Berkeley is not even the most extreme display of this phenomenon,” claimed Yossi Hollander, an Israeli businessman living in California and an dynamic activist in the battle against anti-Semitic and anti-Israel propaganda on US campuses. “The situation is even worse in New York, especially at Columbia and CUNY universities. The situation is getting worse, involving bullying, threats and even cruel sanctions placed on students who dare identify with Israel. So, for example, the Jewish Journal reports that two victims of sexual abuse at the State University of New York (SUNY) were expelled from a support group because they identified with Zionism.

In a personal column published on the Newsweek site, Rose Hirsch, a Jewish student and deputy chairperson of the Southern California University Students Union, told how she was “harassed and followed on campus for months only because she is a Zionist.” Hirsch suffered from repeat harassment by pro-Palestinian students. “I was told that my support for Israel has turned me into a partner in the crime of racism, and therefore I am a racist myself,” she wrote. Tufts University in Greater Boston has attempted to remove student Max Price from his position on the legal committee of the Students Union, because he showed support for Israel. And these, of course, are only few examples.

“In recent years extreme progressive theories have gradually gained control of the US Left,” says Hollander. “It is important to emphasize that we are not talking about all Democratic parties or supporters, but the progressive Left only. Their influence on the general public – and not only at universities – is immense. In fact, we are already detecting their widespread infiltration of organized antisemitism into US schools, and we believe that close to 25% already have curriculums that include anti-Semitic content, under the guise of liberal values.”

Even so, it’s not all bleak. A recent Ministry of Foreign Affairs study among US students found that 50% reported feelings of sympathy for Israel, in comparison to 36% who did not. In addition, 48% regard Israel as an asset to the USA, in comparison to 24% who do not. On the other hand the scope of anti-Israel activities on campuses and their success highlighted data according to which one in every two students (49%) has been exposed to calls for a boycott and 56% of them support these calls. Attitudes to Israel were more positive among students identifying with the Republican party and with conservative values, and among students over age 30. These data correlate with trends in the US general population.

According to Deputy Foreign Minister Idan Roll, “in order to fight antisemitism we are holding intensive activities within Jewish committees in the USA, with a focus on young leadership and students, including hosting missions and visits to campuses. This is our duty to enable the Jewish and pro-Israel voice to be heard without fear and to suppress the fake news and delegitimization of the State of Israel.” 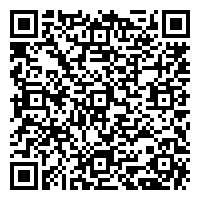