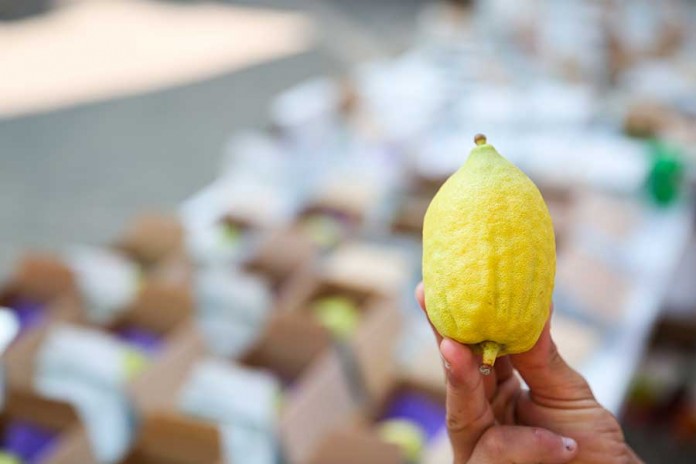 Question: Every year at this time we are bombarded with a proliferation of etrogim merchants lauding their wares. Some also point to the superiority of their specific Moroccan, Greek or Italian etrogim. I usually do not succumb to their pitch as my heart is always set on supporting the State of Israel, and I end up buying an Israeli etrog. This year some have made mention of a problem regarding the shemittah. What do you suggest?

Synopsis: Last week we quoted information culled from Orot Chag HaSukkot, the impressive book authored by Rabbi Shlomo Wahrman, Rosh Yeshiva of the Yeshiva of Nassau County. First, he analyzes the problem of buying a lulav in the seventh (shemittah) year, based on the Mishna (Sukkah 39a). The Gemara explains that while the laws of shemittah regarding an etrog are reckoned according to the time of its harvesting, the rules applied to a lulav go according to the time of its blossoming.

Further, if a lulav blossomed in the seventh year and was harvested in the eighth year, following the shemittah, according to the Gemara it must be given as a present (and the sale is based on the etrog). However, according to both Rambam (see his Perush HaMishnayot) and Bartenura, the lulav is “just wood” and may be sold as such.

Rabbi Wahrman explains the reasoning of the Gemara as well as that of Rambam. Rambam clearly does not consider the lulav a fruit.

Thus, while there is a clear approach to the lulav, there are still numerous problems regarding the etrog.

Answer: First and foremost, the etrog is definitely a fruit and is thus liable to the laws of shevi’it. Second, the Mishna (Shevi’it 6:5) states, “We do not remove… fruit of shevi’it from the Land of Israel to the Diaspora.” Lastly, we are required to destroy – meva’arin – the remaining fruit of shevi’it at the beginning of the eighth year, as the Gemara in Pesachim (52b) expounds. We would thus seem to have numerous obstacles, including the selling of the fruit of shevi’it, which is clearly not permissible by all accounts.

The Gaon Rabbi Naftali Zvi Yehuda Berlin (Netziv), zt”l, refers in Responsa Meshiv Davar (Orach Chayyim 2:56) to our Gemara in Pesachim (ad loc.), where we find the following baraita: “Fruits taken out of the Land of Israel are (post facto) destroyed anywhere (even outside the Land of Israel).” Thus, if the distributors of etrogim took them out of the Land [of Israel], I asked that I be allowed to pay after Yom Tov, and then I ordered that it be prepared as a food to be eaten with the sanctity of shevi’it. After that I would send the payment, and there would be no transference of shevi’it on it. The solution to this is for the Jewish owner to sell his land to a Gentile for the period of the shemittah. The Rabbinate of Israel has for many years sanctioned this solution, known as a heter mechira.

But there are problems with the sale of land in Israel to non-Jews. My uncle, HaRav Sholom Klass, zt”l, in his essay in Oholah Shel Torah (p. 174 – published by Igud Harabbanim, 1997) quotes numerous sources, including the Mishna in Avoda Zara 19b, that do not permit one to sell land in Israel to non-Jews, but also cites poskim who are lenient regarding shemittah – probably relying on Tosafot (infra 20a) s.v. De’amar kera Lo techanem.

And the Gaon Rabbi Moshe Feinstein, zt”l, (Iggrot Moshe, Orach Chayyim vol. 5:42) states as follows: “…You may publicize my opinion in this matter. Regarding etrogim of the Land of Israel that were produced during a shemittah year – either on land sold to a non-Jew or according to the opinion of those who do not allow such a sale of land to a non-Jew, and even according to those who rule that shevi’it today is Biblical – there is not a single reason to invalidate these etrogim for the fulfillment of the mitzvah of the Four Species because they are from shamur [lit. “watched,” meaning fields where there was no renouncement of ownership. Rashi (Yebamot 122a) rules that where there is a state of shamur before the time of biur (destruction), one may use the etrogim. Rabbenu Tam, however, disagrees. He states that one can only use etrogim classified as hefker, where the ownership of the field has been renounced.]. Rabbi Feinstein states that most poskim do not agree with Rabbenu Tam and do allow one to eat from shamur, that is, watched fields.

Regarding business transactions with the fruit of shevi’it, we must buy it be’havla’ah, that is, as included in the transaction [as the Mishna in Sukka 39a, quoted here at the outset, explains]. In effect, we thus purchase the lulav and receive the etrog gratis, for the payment is intended to cover the lulav and whatever expenses arise from the sale. Regarding destruction – biur – this can be accomplished even outside the Land of Israel, as the Gemara in Pesachim (ad loc.) states. He cites numerous concurring sources as well.

Rabbi Feinstein concludes by discussing the fruit of shevi’it’s removal from the Land of Israel [referred to earlier as being post facto, or bedi’avad – see Pesachim ad loc.]. First, he says, this is not relevant to the purchasers, and second, the distributors probably rely on Tosafot (op. cit. 52b, s.v. Rabbi Safra afik), who rule that for any use other than eating, the distribution of the etrogim is permitted … even when relying on the heter mechira. Therefore, one can, as always, purchase the etrog this year, but only together with a lulav.

Today, the possibility of purchasing an etrog from Israel is further enhanced by the solution proposed by the Chazon Ish, zt”l. He instituted the concept of Otzar Beit Din (lit. the treasury of the court of justice), wherein the owner of the field declares the field ownerless and the beit din, on behalf of the community, is then responsible for the field. It is the court that sets the price and, following the Mishna (Sukka 39a), the etrog is included in the transaction of the lulav and is considered a matana, a gift.

Indeed, when purchasing the Four Species this year from a reputable source, one will notice that the prices follow a schedule set by the Otzar Beit Din, not the owner of the field or even the distributor.

In a related incident, it is told that an individual went into the field of a well-known etrogim distributor in the Land of Israel. This field had been rendered hefker, ownerless, by its owner. The individual took an etrog and happily brought it home. When his family saw the fruit, they questioned the choice, as it had what seemed to be imperfections. The individual responded that the Chazon Ish had stated that in a shemittah year the hiddur, or beauty, of the etrog is in its having been grown in conformance with the laws of shevi’it.

The etrogim of Israel today are clearly produced in accordance with the laws of shevi’it. Thus, no one should question supporting the economy of Israel while fulfilling the mitzvah of the Four Species.”

One caveat is that even if the etrog was acquired in a permissible manner rendering it fit to fulfill one’s mitzvah obligation, nonetheless at the festival’s conclusion one should not derive any other benefit from it, such as making an etrog liqueur from it, or eating the tiny bit of fruit in the center. Rather, let it totally dry out and then discard it.

May it be His will that we all have a peaceful, meaningful and enjoyable Yom Tov as we await our final redemption, please G-d. 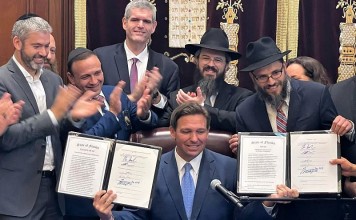 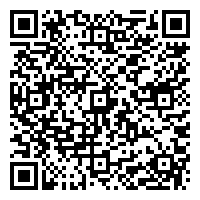