The idea is a worthy one. Hebrew University, seeking to encourage volunteerism and social welfare engagement, offers its students the opportunity to earn two academic credits for volunteer work.

Currently some 140 organizations qualify to have volunteers offer services under their auspices to receive the credit. The credits are awarded for social welfare and not political action volunteer activity.

Recently, as part of the University’s recruitment process, Im Tirtzu, the largest grassroots Zionist organization in Israel, applied to have its Hebrew University members be eligible for such credits. Our activists perform a broad array of social services: on behalf of the elderly, visiting hospitals, working with disadvantaged children, assisting farmers and providing snacks and refreshments for soldiers on guard duty.

Our application was approved, with the pro-forma stipulation that the activities be for social welfare purposes, as listed above, and not for political activity.

Fair enough, but not really. The reaction by many on the Left has been nothing short of hysterical. Haaretz penned an editorial attacking the decision; the Meretz Party put out a special press release condemning it; and the Joint Arab List sent a letter to the president of Hebrew University trying to torpedo the decision.

The New Israel Fund-backed organization, Zazim, even started an (unsuccessful) petition. From the hysterical reactions, you would think that Hebrew University has just embraced murder.

These reactions would be funny, if they weren’t so hypocritical. What all these groups can not accept is that people who don’t think like themselves can nevertheless perform consensual, a-political services on behalf of the citizens of Israel.

The clear message is that Im Tirtzu is unworthy and unacceptable. Why? Because it happens to oppose many of the agenda items that these groups hold dear, such as questioning the legitimacy of the IDF, the government and the State itself.

To them, Im Tirtzu is a political beast, one extremely successful at attacking the attackers of the State. How dare we!

The greatest irony and the most galling hypocrisy is that far Left organizations have been partnering with Hebrew University for years in the guise of human rights, but with blatant political content.  Furthermore, the University awards students participating in these efforts not only four academic credits, but also a scholarship of 9,000 NIS per year!

Thus, in The Human Rights Fellows Program, run by the Minerva Center for Human Rights in the University’s law faculty, students can volunteer in radical anti-Israel NGOs, including B’Tselem, HaMoked, Association for Civil Rights in Israel, and Gisha.

Similarly, in The Everett Social Justice Program run by Shatil, the operating arm of the New Israel Fund, students can volunteer in HaMoked, Association for Civil Rights in Israel, Bimkom, or Rabbis for Human Rights.

These are all avowedly political organizations who engage in a litany of anti-Israel activities, including petitioning the courts on behalf of terrorists, accusing Israel of war crimes, and promoting international pressure on Israel.

However, neither Haaretz, Meretz nor the Joint List is at all troubled by the reality of political activity garnering university support, because it’s the right type of activity. When the students are engaged in far Left efforts opposing government policies, well, that’s human rights.

When Im Tirtzu pushes back against de-legitimators, well, that’s fascism.

Ultimately, it is often the small details that truly define a society. The controversy over providing academic credits for Im Tirtzu activists at Hebrew University could be seen as a tempest in a teapot.

But the vitriol it has produced is very revealing. That vitriol is unvarnshed rage, hatred, the dogmatic rejection of the Other by the Left, the complete de-legitimization of the opposition.

Perhaps we should be flattered by the over the top response to our being accepted as one of the great many organizations that provide social welfare benefits. When Haaretz and Meretz and the Joint List can all start foaming at the mouth, we must be doing something right. 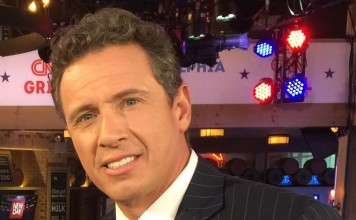 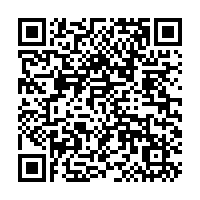