This past Thursday the Dutch funded hate blog, the Electronic Intifada published a hit piece against Rabbi Ben Packer of the Old City, claiming he was in fact a KKK supporter.

“Packer’s response to last month’s violence in his home state of Virginia suggests he may have a soft spot for the Ku Klux Klan,” wrote Michael F. Brown, the author of the Electronic Intifada article.


Of course Brown uses Rabbi Packer’s own statements out of context, culling posts off of Facebook and leaving out vital content that surrounded them.

All of this would be just another left-wing rant if it was not aimed at a Rabbi that focuses on bringing young men closer to their Jewish roots as well as giving lone soldiers a place to stay and relax. The house is famously known as the Jerusalem Heritage House.

Rabbi Packer is also heavily involved with reclaiming stolen Jewish property, whose current Arab occupants have more than often been families that have squatted in the houses since the Jordanians expelled Jews from Jerusalem in 1948. In fact many of these houses saw their original Jewish owners chased from them in the British backed Arab riots in the 1920’s and 1930’s.

Rabbi Ben Packer and many other activists help raise funds , renovate, and even send younger people to live in the houses until appropriate measures can be taken by the government. Last week as we wrote, Jewish residents of Jerusalem with the help Israel Land Fund’s Councilman Aryeh King moved into a newly reacquired property in Jerusalem’s Shimon HaTzadik/Nachalat Shimon (Sheikh Jarrah) neighborhood on Monday morning. The Electronic Intifada in its criticism of Rabbi Ben Packer claimed this was proof of his support for ethnic cleansing.

Ben Packer, a US-born rabbi, is helping to push Palestinians out of their homes.

Last week, the Shamasneh family was evicted from a house where family members had lived for more than 50 years in the Sheikh Jarrah neighborhood of occupied East Jerusalem.

Packer, who runs a hostel in Jerusalem’s Old City, swiftly welcomed the eviction. Writing on Facebook, he stated that “our guys were there to help move out the Arabs’ stuff and are now helping to guard the property.”

Packer did not respond to a request asking what he meant by the phrase “our guys” and if staff or residents in his hostel – the Jerusalem Heritage House – had assisted the eviction.

Notorious political activist Arieh King – who sits on the Israeli-run Jerusalem City Council – was instrumental in securing the eviction. King regards Palestinians as “squatters” in Jerusalem and, backed by US donors, has been trying to force their removal. The settlement activities which he undertakes are all illegal under international law.

The article continued and claimed that Rabbi Packer supports “ethnic cleansing” of “Palestinians.” The only problem with all of this is, the only group of people who supported ethnic cleansing were the “Palestinian” Arabs themselves. In the 1920’s and 1930’s they drove out what was once majority Jewish neighborhoods in Jerusalem. These Arabs and their descendents still squat in these properties today.

What Rabbi Ben Packer and Aryeh King are doing, is not only just, but acts as a reminder that the Jewish people have returned home and don’t plan on leaving again.

His students agree. One anonymous student posted on Facebook the following:

“I spent a weekend at the Jerusalem Heritage House while extending my birthright adventure a few years ago (2013). It was one of the highlights of my time in Israel. I vividly remember walking down to the Western Wall on Shabbat and then breaking out to various Shabbat dinners; it was magnificent.”

Another student, Shaul Gheblikian, who currently lives in Beit Esther Brenner near the Lions Gate had this to say about Rabbi Ben Packer:

“Rabbi Packer and the Heritage House were an integral part of the success of being able to live where I do. He provided me with a refrigerator, closet, bed, bedding and a washing machine. These were not just good quality items I needed, but items I couldn’t afford myself. All given with a genuine smile. Many thanks to Rabbi Packer and the Heritage House. May Hashem bless you.”

As long as the left, whether in America, or in Israel continue to attempt to shame their opponents instead of engaging in honest discussions, they will be their own worst enemy. 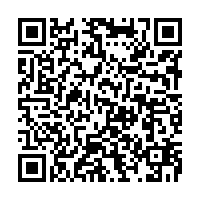