The Supreme Court last week ruled in favor of a government policy that forbids state and local authorities to employ illegal migrants from Eritrea and Sudan, Ha’aretz reported Monday. The ruling is likely to lead to the dismissal of thousands of illegal migrants working as cleaners in those institutions. This was one of two final rulings written by retiring Justice Elyakim Rubinstein – the other one, also last week, rejecting an appeal by private employers against state policy charging them 20% of migrant workers’ wages.

The first ruling was on a petition by a manpower company for migrant workers arguing unfair competition in bids for government contracts from manpower outfits which do not employ migrants, on the grounds that the overall costs of employing migrants are higher.


The Jerusalem District Court rejected this claim, stating that, in any case, government ministries and local authorities are forbidden to employ foreign workers, including illegal migrants, in accordance with the Finance and Economy Regulations of the Finance Ministry.

The manpower company, Y.B. Si Mashabim, based in Holon, appealed to the Supreme Court and argued that there was a difference between legally imported foreign workers and illegal migrants. The Company further contended that the directives of the Finance Ministry were intended to prevent the transfer of foreign workers to industries where are not authorized to work, while illegal migrants enjoy group protection and are free to work—albeit illegally—without state restrictions.

Justice Rubinstein used an abundance of mixed metaphors to describe the state of Israel’s illegal Eritrean and Sudanese migrants as being ” in a state of limbo, between heaven and earth,” adding that they were “in a dull and androgynous status, between the hammer and the anvil.”

Despite all the above poetry, Rubinstein decided to reject the appeal, ruling that there is no room for the court to intervene in a directive prohibiting government ministries and local authorities from employing foreign workers.

Justice Rubinstein noted that the anti-migrant employment policy is consistent with the government’s decision to increase employment opportunities for Israelis.

Rubinstein noted that he was troubled by the claim that government ministries and local authorities are contracting—in contravention of the regulations—companies that employ foreign workers and illegal migrants. “The thought that the government ministries and local authorities, on the one hand, and the contract bidders on the other have turned a blind eye, at the least, to such a threshold requirement that is an integral part of the terms of the tender, raises a considerable amount of discomfort,” he wrote.

“A Considerable Amount of Discomfort” should probably be posted above the entrance to most of Israel’s government offices, state and local alike…

“It is therefore requested that a ‘home inspection’ be conducted among the administrative authorities that conduct tenders for the provision of cleaning services […] in order to determine the nature of the alleged phenomenon,” Rubinstein wrote, suggesting that the ruling should be forwarded to the Attorney General for review.

In the second ruling, the court approved the determination that employers of asylum seekers must pay a tariff of 20% of each employee’s salary – as a means of encouraging the employment of Israeli citizens. The tariff is in addition to 16% of the foreign worker’s salary, which employers are required to transfer to a deposit fund, to be given the worker upon departure from Israel.

The court rejected appeals by ten different employers, including hotels and manpower and cleaning companies, to the Tax Authority’s demand for retroactive collection of the levy until six years ago. 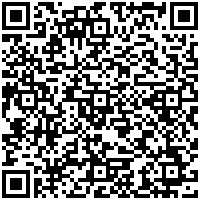