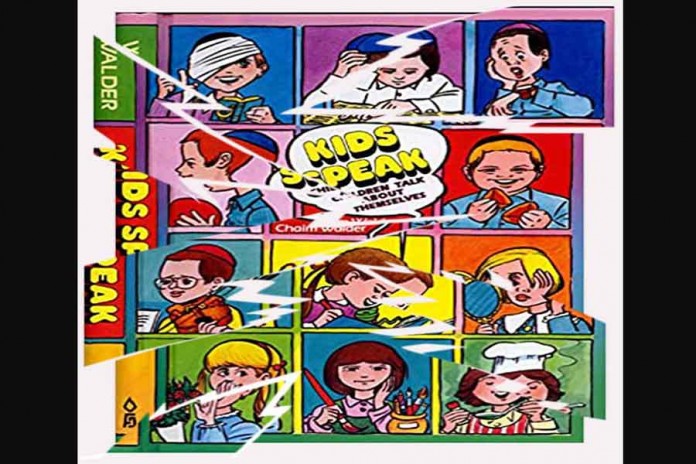 The smoke has settled somewhat since the shocking conflagration caused by allegations of severe and ongoing sexual abuse by Chaim Walder became public knowledge.

Many good rabbis have already weighed in on the matter.

Similarly, the Yated Ne’eman removed his column immediately after the allegations published in Haaretz became known.

Likewise, his popular radio show on Kol Chai was canceled. His stories would no longer appear in the weekly publication of Hidabrut, a popular chareidi kiruv organization in Israel, and were excised from a religious Zionist children’s magazine, “Otiot V’Yaladim.”

The fact that all of these organizations pulled his writings and prevented him from speaking on the radio speaks volumes.

In December, Rav Eliyahu convened a rabbinic court headed by himself and the two other judges, Rav Reuvain Maker and Rav Aharon Yarchi. Walder was summoned to appear and refused.

As Rav Yosef Sholom Elyashiv and Rav Yitzchok Zilberstein, and Rav Moshe Sternbuch have said in the past, you do not require witnesses to issue a public warning.

If a beis din, or even a qualified single rav, after hearing the allegations, (even in the absence of the accused), concludes that there are reglayim l’davar, namely, the accusations are credible, they must publicize the accused’s name to protect others.

There is no lashon hara when one is protecting others. Why is this so difficult to accept?

Can you imagine if your son or daughter would call you from the therapist’s office and tell you that the therapist had sexually abused them, and your child asks you what they should do?

Would you answer, “That’s lashon hara. So and so has a chezkas kashrus and a beis din has not decided he is bad, so continue with the session”?

Twenty-two separate witnesses, covering a span of 25 years, laid out a reign of terror directed against boys, girls, single women, and married women. If that is not raglayim l’davar, then what is?

To the best of my knowledge, no one of any stature has denied Walder’s guilt. Rather, the focus has shifted to the methodology employed in stopping him.

As Rav Shmuel Eliyahu has made clear – only after consultation with rabbonim in Bnei Brak – the decision was reached that the only way to stop this addicted predator was to publicly defrock and reveal the allegations leveled against him.

Rav Eliyahu pleaded with Walder to cooperate; he refused.

Even his suicide was not the act of a hopeless person; rather, it was the calculated conclusion of a control freak who made sure, just as he controlled others in life, he would continue to control others in his death.

He openly admits on recordings that if he cannot wriggle out of the charges (which he does not deny in the recordings) he will kill himself; and so he did.

Therefore, the probability of the truthfulness of the allegations is undeniable. Those who continue to deny live in a world of denialism where white is black and black is white.

Now that Walder has committed suicide, ensuring he will never harm others and his reign of terror and destruction has ceased, the question arises: What should we do now?

We must not waste this unfortunate and painful episode by sweeping it under the rug.

Certainly, we must rid our homes of his writings.

As Rabbi Silman and Rosenberg wrote, “Reading his books is then akin to supporting the acts of which he has been accused.”

Yet that is not enough.

First and foremost, we must start acknowledging and validating the victims of sexual abuse. As Rav Asher Weiss wrote, “Sexual abuse is often so horrific and damaging that the victims bear the scars forever.”

We must thank the brave victims who came forward. Notwithstanding the lack of complete communal support, they stood tall and bold and told their painful stories to save others from the cruel clutches of this ruthless destroyer of Jewish souls. They are our heroes, and they deserve our support and our love.

We must be vigilant in overseeing anyone who has access to children. We must educate and reeducate our children that no one has the right to touch them, and anything uncomfortable that happens to them, they should feel comfortable telling others.

They will not be judged or chastised, and their words will be taken seriously.

There are those who want to live in denial and continue to defend the predator. They have never met Walder; rather, they feel devastated and betrayed. Since it is emotionally uncomfortable to believe that a person you respected and helped raise your children was, in reality, a sexual predator, a person may choose to deny the entire episode. This is a very convenient and easy way out.

One can always rely on cherry-picking a halacha from the Chofetz Chaim to shut their eyes and close their ears.

Although this is understandable, it is symptomatic of the superficiality of their belief system.

The Torah is full of great people who did bad things. People can and do sin. We must accept this and strengthen ourselves.

We must strengthen our belief that Hashem is sending us a learning moment.

It is a time for us to reevaluate our attitude toward victims of sexual abuse and be extremely vigilant in the safety of our children.

We can use this unfortunate episode to grow and improve ourselves in helping stamp out sexual abuse and assisting those who have already been victimized by it.

Or we can live in denial and pretend nothing happened.