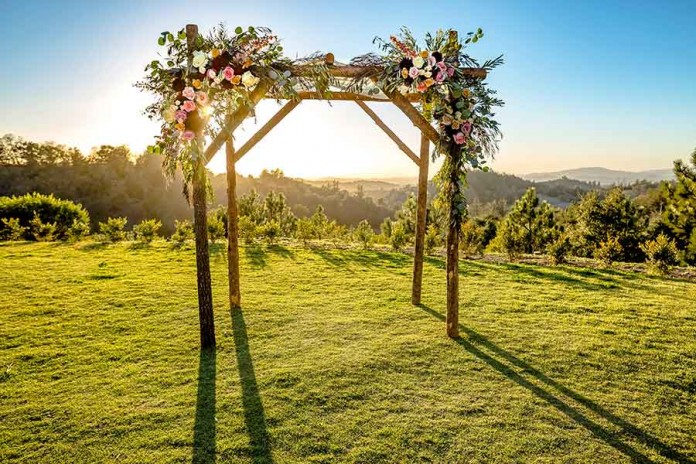 Is it proper to reject a shidduch candidate because he or she is Sefardi
while your family is Ashkenazi or vice-versa?

Sefardim and Ashkenazim are a phenomenon of well over a thousand years. Even so, they are not vastly different. Just as Ashkenazim boast the mix of kohen, levi and yisrael, so do the Sefardim (think Spain, Portugal, Morrocco and the Mediteranean Basin, Turkey, Greece, and even Syria etc.), and so do the Mizrahi (think Iraq – Mesopotamia, Iran – Persia and further East). The Yemenites, who are distinct, nevertheless have all three categories as well. Thus, going back in history, we are all connected.

We find that when our people were about to enter the Land of Canaan and each tribe and each individual was to be apportioned their parcel of land, there arose the incident of the daughters of Tzelofechad (who had no sons but only these five daughters) who approached Moshe, in Parshas Pinchas, and said: “Our father died in the wilderness, and he not of those who challenged Hashem in the company of Korach, for he died for his own sin, but had no sons. Why shall his name be diminished [by not receiving his portion]? Give us a portion in the land among his brothers.”

Moshe consults with Hashem, who transmits the law of inheritance that where there is no son, the daughter[s] inherit and thus receive a portion in the land. But they were told to marry within their tribe, and indeed they did do so. Here the Torah is clear that this was only for that specific time – the original apportioning of the land – in order that the portion due one tribe not be switched over to another tribe. In the end (maftir, Parshas Mas’ei) the daughters of Tzelofechad marry their cousins, thus ensuring the equity due their tribe. Otherwise, they would have been permitted to marry outside their tribe (Menashe).

We find later the terrible incident of Pilegesh b’Givah, (Shoftim chap. 19-21) whereby the tribes all vowed not to marry anyone from Benjamin. However, later on, when they realized that the entire tribe was on the verge of disappearing, they recanted their ban, and thus Benjamin flourished.

We thus see that there should be no difference regarding which community one comes from.

One caveat, though, is that a woman always follows her husband’s minhagim (Responsa Tashbatz Vol.3: 179). Thus, an Ashkenazi woman married to a Sefardi man will be allowed to eat rice and other kitniyos on Pesach, while a Sefardi woman married to an Ashkenazi man will not be allowed to eat kitniyos on Pesach. Rabbi Ovadiah Yosef, zt’l, reasons that such is the case, with the exception that if they are guests in the home of the wife’s parents then she may eat her rice.

I remember from my yeshiva days in the Mirrer Yeshiva that my Moroccan friends almost all married Ashkenazim, and no one found that to be a problem.

After we lost six million Kedoshim – holy souls – we need to rebuild Klal Yisrael, just as our forebears rebuilt the tribe of Benjamin. We need not place any additional impediments on young people as they seek to arrive at this important goal.

Shidduchim should be made in the first instance based on shared values and commitment as well as complementary personalities. In fact, those should also be the criteria for the second and third instances. And those values stem from the Torah that is the mutual heritage of all Jews, no matter their background or country of origin.

From my vantage point in Israel, the question itself sounds peculiar because almost half the marriages in the country involve couples from different ethnic backgrounds. Most young people today are broad-minded enough not to distinguish between Ashkenazim and Sefardim or Jews who hail from Ethiopia or Asia. If we want to be precise, the differences between various groups of Ashkenazim (Chasidim, Mitnagdim) and various groups of Sefardim (Turkish, Syrian, Moroccan, Yemenite Jews, et al) can be just as sharp as that between Ashkenazim and Sefardim.

That is the beauty of modern Israel and the reality of kibbutz galuyot. Not only is it improper to reject a shidduch on that basis, it is foolish, and not just because marrying outside one’s ethnic heritage broadens the gene pool. It is primarily because it is sorely lacking in ahavat Yisrael – love of our fellow Jews.

Certainly, navigating the different cultural backgrounds and customs can be a small challenge – but it is also immensely rewarding. Additionally, it reverses the destructive pattern of the exile that divided us geographically, and hastens the redemption in which we will again be one people.

The answer to the question you present is no.

The fact that a proposed shidduch is Sefardi or Ashkenazi, while you and your family are the other, is not a reason to reject the shidduch out of hand. Too often, young men and women (and/or their parents) summarily reject a proposed shidduch; forestalling a couple’s opportunity to meet and explore what might have been real possibilities.

Particularly in our world, where the entire process of shidduchim has become so complicated and difficult, we should not raise arbitrary roadblocks along the road towards finding a proper mate.

Having said that, families (even Sefardi with Sefardi and Ashkenazi with Ashkenazi) often come from diverse worlds. Differences created by their upbringing – as well as all other personal differences and issues between them – should be carefully explored by the couple themselves before they make the critical decision to marry.

For this reason, I and many of my rabbinic colleagues feel that in our complex world, pre-marital counseling about marriage and its challenges (beyond the usual taharat mishpacha classes) should be a critical component in any couple’s preparations for a life together.

– Rabbi Shmuel Goldin is author of Unlocking the Torah Text book series and past president of the RCA.