I’m not sure exactly how to put this. I need to tell you that you have been taken in by an audacious and massive hoax. Please — don’t stop reading. It isn’t that you’re stupid or uncaring. Actually I think you fell for it to a great extent because of your intelligence, as well as your highly developed ability to empathize with the situations of people less fortunate than yourself — your essential humaneness.

You are a person who has always dedicated a great deal of energy to helping others, who gives to organized charities and to beggars on the street, who often supports policies that will be disadvantageous to you personally because you believe they will bring us closer to a just society. You have even placed yourself at some risk by participating in demonstrations in which someone (not you) might provoke the police to arrest participants, even handle them somewhat roughly.

I am not speaking with tongue in cheek. I admire you. The world would be a far uglier place without people with your kind of sensibility.

The hoax in question has been developed over the past 40 years or so and is calibrated to be effective on people like you. Its objective is to make you believe that in a particular context, black is white, evil is good, lies are truth and genocide is justice.

Of course you know what I’m talking about. “Here he comes again with his obsession about Jews and Israel,” you think. But today I am not going to try your patience with all of the usual arguments — the appeals to the real history of the Middle East, the discussion of who is and isn’t ‘indigenous’, the analyses of international law, the exposure of this or that anti-Israel lie, the revelations of the true intentions of some of the players, the predictions of the possible consequences of various courses of action. I do that in my blog every day, and there are many others who do it better.

No, I just want to try to plant a seed of doubt in the elaborate garden of falsehood — of deliberate falsehood with the most evil of aims — that has flourished around good people like you, nourished by those who are, shall we say, not such good people.

The source of this garden is a Big Lie. It’s complicated, but the main part of it is that Israel a powerful Western colonialist power doing the kind of evil things colonialists do, and being resisted by the people it exploits.

The truth is that Israel is a small nation surrounded by enemies who, for religious, racial and ideological reasons, have been trying to snuff it out since the beginning.

So what do I have to do to make this apparent?

More than 40 years ago I met a woman who would have described herself as a radical leftist. She occupied public buildings (they did that back then, too) and was registered to vote on the Peace and Freedom ticket. One day — I don’t know how the subject came up — she mentioned  that she was strongly opposed to legalized abortion.

I was surprised. Naturally, she was a strong feminist, and abortion rights (I don’t think they had invented the euphemism “pro-choice” yet) was part of the left-wing and feminist catechism (so to speak!). I had always favored legal abortion myself. Almost everyone I knew — except Catholics whom I believed were brainwashed by their Church — thought that “a woman has a right to control her body.”

My friend wasn’t a Catholic, wasn’t brainwashed by anybody, and she explained her position logically. It was obvious to me that she was right and I was wrong. I had simply never entertained such ideas before.

I think this is how it is with progressives and Israel.

Back in the 1960′s, Israel’s enemies had lined up with the Soviet Union, and the conflict was a proxy for the Cold War. At that time, Arab leaders were fond of saying things like “the sands of the desert will be drenched with Jewish blood” and this didn’t endear them to most Westerners. But Yasser Arafat took the advice of those who understood us a bit better, and who had developed propaganda to a fine art. Instead of a struggle to cleanse Arab land of the Jewish presence, it was recast as a War of Liberation. The ‘Palestinian people’ — an entity that some Arabs had recently insisted did not exist — was presented as an oppressed indigenous people and Israel as a colonial power.

Click. Suddenly the Jews, who had shortly before had been the very paradigm case of an oppressed minority, were the oppressors. It was just like Vietnam!

Actual history was forgotten as whole structures of myth were built. These myths developed primarily in academic environments, where a neo-Marxist point of view constituted the political conventional wisdom. For psychological reasons, a whole generation of Jewish and Israeli scholars embraced and adumbrated this position. Some, like Ilan Pappé, were astonishingly dishonest; others, like Tom Segev, were more subtle and simply placed more emphasis on certain facts than others. 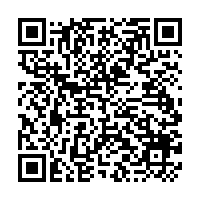