One need not be a Donald Trump supporter to view with unease and even distaste the Left’s ceaseless over-the-top denigration of the president and his administration.

A common justification offered by liberals for this Trump Derangement Syndrome is that the current president is so frighteningly unlike any of his predecessors in the White House, so inept and sinister and dangerous to children and other living things, it only stands to reason he would be viewed with such unprecedented fear and contempt by those who have been blessed with souls of the most exquisite sensitivity.

The problem with that argument is that liberals have a long history of mercilessly castigating Republican presidents – even the jovial, popular, and generally successful Ronald Reagan was blasted in his day as a warmonger, a racist, an enabler of greed, and brainless to boot – an “amiable dunce” in the words of longtime Democratic poobah Clark Clifford.

But if you want to know about psychopathic-level demonization of a president, consider what George W. Bush went through during his two terms in office.

Exhibiting the behavior they’d repeat 16 years later with respect to Trump, liberals and leftists didn’t even wait for Bush to be sworn into office before launching their assaults.

The references to Bush and Republicans as Nazis, which were to prove especially popular among the liberal faithful, began in earnest during the fight over ballot counting in Florida after the 2000 election when the inescapable and insufferable Al Sharpton accused Republicans of wanting to “do the same thing to us” that “Hitler in his wickedness and evil” did to Jews.

Well into Bush’s presidency the novelist Kurt Vonnegut, still smarting over the result of the 2000 election, opined that “The only difference between Bush and Hitler is that Hitler was elected.” (Anyone with a working brain can think of about 40 million differences, 40 million being a rough estimate of the total number of dead and wounded during World War II.)

Actor David Clennon, of the television series “The Agency,” was one liberal not quite ready to liken Bush to Hitler – but only because, as he put it, Bush “is not as smart as Adolf Hitler.”

And the animosity extended well beyond one man sitting in the Oval Office. Liberals spent the better part of eight years spitting scorn and rage at those of their fellow Americans benighted enough to have actually voted for a man routinely likened to a terrorist, a mass murderer, and a war criminal.

In 2004, Newsday columnist Hugh Pearson took a look at the Republican National Convention, held that year in New York City, and was reminded of “Nazi rallies held in Germany during the reign of Adolf Hitler.”

The New York Post’s gossip queen and resident deep thinker Cindy Adams welcomed delegates to that convention with a column stinking of condescension and class superiority. “Not all our hotels are goat-friendly,” she warned the visiting Republicans. “I met one delegate’s girlfriend. She was a cow. A real cow.”

Adams was just getting started. “I welcome them,” she wrote of her countrymen whose only crime was attending a political convention in her city. “I understand them. Their Architectural Digest is Home Depot. Class is Anna Nicole Smith. Couture is Sears. For their collections, they go to Wal-Mart. It’s the Evening Wear section when buying corduroy. Even their faces are polyester.”

When Bush was re-elected, the novelist Jane Smiley, marinating in a stew of hate and hysteria, castigated Bush voters for their brutish violence and “unteachable” ignorance – she used the latter word or a variant of it no fewer than 11 times in what was a relatively short essay, as in “The error that progressives have consistently committed over the years is to underestimate the vitality of ignorance in America.”

The day after Bush’s reelection, The New York Times canvassed liberal New Yorkers for their reactions. A Manhattan resident described as a “retired psychiatrist” told the Times he was “saddened by what I feel is the obtuseness and shortsightedness of a good part of the country – the heartland. This kind of redneck, shoot-from-the-hip mentality and a very concrete interpretation of religion is prevalent in Bush country – the heartland.”

Another person quoted in the article declared, “New Yorkers are savvy. We have street smarts. Whereas people in the Midwest are more influenced by what their friends say.”

(This coming from a liberal Manhattanite – a class that has no equal when it comes to sheer insularity and susceptibility to groupthink.)

In an article several years ago for FrontPageMag.com, the academic Keith Burgess-Jackson hit it on the head when he described the liberal mindset in words that ring just as true today:

Conservatives are ignorant, stupid, and evil, or some combination of the three . Liberals, of course, are the opposite of all these. They’re knowledgeable, intelligent, and good. Note that if you believe your opponents to be stupid or evil, you don’t try to reason with them. Stupid people, like animals and children, need guidance by their superiors. That, in a nutshell, is the liberal mentality. It explains why liberals are so angry, hateful and spiteful. Take it from me, a former liberal. 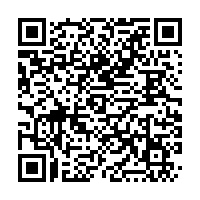