In the End
By R’ Jack Riemer

In the end, man destroyed the heaven and the earth. The earth had been tossing and turning, and the destructive spirit of man had been hovering over the face of the waters. And man said: Let me have power over the earth. And it was so. And man saw that the power tasted good, and so he called those that possessed power wise, and those that tried to curb power he called weak. And there was evening, and there was morning, the seventh day.
And man said: Let there be a division among all the peoples of the earth. Let there be a dividing line, or a wall, between those that are for me and those that are against me, and it was so. And there was evening and there was morning, the sixth day.

And man said: Let us gather all of our resources into one place, and let us create instruments of power to defend ourselves: Let us make a radio to mold men’s minds, and a draft to control their bodies, and flags and symbols of power to capture their souls. And it was so. And there was evening, and there was morning, the fifth day.

It is mind-boggling that despite Moshe Rabbeinu’s warning to Korach and his followers of what would occur if they persisted in their rebellion, they did not waver or even hesitate.

“Moshe said, ‘Through this you shall know that G-d has sent me to perform all these acts, that it was not from my heart… G-d will create a phenomenon and the earth will opens its mouth and swallow them and all that is theirs, and they will descend alive into the pit – then you shall know that these men have provoked G-d” (Bamidbar 16:28-30). Korach’s assembly was comprised of people who had witnessed all the miracles Moshe initiated and had seen him standing atop Har Sinai during the revelation of Matan Torah. Yet here they brazenly persisted in their attempted coup, undeterred. It seems analogous to imprudent sailors who refuse to abandon their sinking ship even as it plunges into the depths with safety boats available.

The Gemara (Eruvin 19a) states that “even at the doorway of purgatory, the wicked will not repent.” A person can be so utterly blinded by his opinions and feelings that he may fail to adhere to logic and reason. He can become so consumed and convinced by the veracity of his mission that there is no convincing him otherwise, even though the truth of where he is heading seems so obvious to everyone else. This can happen to even the greatest of men. They fall prey to their own machinations and intrigues, as did Korach and his worthy followers.

Rav Shlomo Levinstein relates (Umasok Haohr) that a person once approached the Tchebiner Rav, Rav Yissocher Dov Berish Weidenfeld zt”l, to inform the Rav that he had appointed himself as a Rebbe, and he planned to invite people to seek his blessing and advice.

The Rav knew the man well and knew that he was far from worthy of such a title. When the Rav asked him why he felt he was worthy of the position, the man emphatically replied, “Why not? If the Bais Yisroel can be the Gerrer Rebbe, and Rav Aharon Rokeach (known as Rav Arele Belzer ) could be the Belzer Rebbe, why can’t I become a Rebbe as well?”

The Tchebiner Rav was stunned. He replied by quoting the aforementioned statement from the Gemara and asked the man how it is possible for a wicked person not to repent when he sees an ignominious end awaiting him.

The Rav explained that at times a sinner whose soul has been sent to Gehenom to be purged of its iniquities may be on the verge of being released, but still requires a little more time. But then the soul of a righteous person being led to Gan Eden may be led past Gehenom, so that he can seize those lingering souls and insist that they ascend with them.

The Rav looked into the self-appointed Rebbe’s eyes and said, “A wicked person while being led into purgatory will still not repent because he will continue to delude himself of his righteousness. Even at that fateful moment, he will be convinced that he is being led towards Gehenom so that he can rescue the lingering souls while on his way to his eternal reward. He won’t even be able to fathom his own culpability.”

G-d has endowed man with an imagination that can help him build worlds and accomplish incredible feats. Yet, at the same time, man can destroy himself and his world in the most horrific manner.

The Torah states (Bamidbar 26:11) that “the sons of Korach did not die.” Rashi explains that although Korach’s sons were at first part of their father’s rebellion, while the dispute was unfolding they did teshuvah. Therefore, “a special place was designated for them in purgatory where they still dwell.”

Rav Shalom Schwadron zt”l noted that if the sons of Korach repented before the punishment began they would not have been affected at all. If they repented after the ground opened up beneath them, it would have been too late. So why does it say that they have “an elevated place in purgatory”? When exactly did they repent?

We must conclude that they repented as the earth was opening beneath their feet. They saw that they were about to be swallowed up, and, at that moment, they began to contemplate that they may have been mistaken. Even at that moment their repentance accomplished something.

What is truly frightening is that the rest of the rebels, including Korach himself, did not harbor any such thoughts of repentance, even then!

Moshe had warned Korach and his adherents of what would transpire if they didn’t desist, yet even when they saw it begin to happen, they obdurately maintained their position, even as they descended into Gehenom.

We often read about the tragedies of our ancestors in the Torah with a certain measure of disregard for the folly of their actions. We would be wise to realize that these “sins” were committed by people of stature, righteous individuals who were privy to the greatest miracles ever performed. If they could stumble so profoundly, we are surely far more vulnerable.

The Mishna in Avos tells us that that “Jealousy, desire, and honor remove a person from the world.” The tragedy of the meraglim was the result of the pursuit of honor, the rebellion of Korach was the catastrophic result of unbridled jealousy, and the tragedy in Shittim (where the men of Klal Yisrael were enticed to sin by the women of Moav) was the result of intemperate lust/desire. These three tragic accounts are generally read on consecutive Shabbosos during the weeks preceding the Three Weeks of mourning for the Bais HaMikdash: Parshas Shlach contains the story of the spies, Parshas Korach relates the story of the rebellion, and Parshas Balak contains the story of Shittim.

These accounts demonstrate that even the greatest of people must be wary of the dangers of their own passions and pursuits. A person needs to seek the guidance and counsel of teachers and mentors to ensure that the path he is following and the pursuits he is engaged in are not the results of his own foolish machinations, despite his best intentions.

My Rebbe, Rabbi Berel Wein, noted that the twentieth century was a “century of Korach.” In his words, “Rebellion against tradition and the old and the veneration of new theories of social engineering, morality and religion have been the unfortunate hallmark of this, the bloodiest of all centuries. Nowhere has this been more noticeable than in Jewish life. Socialism, Communism, Secularism, Nationalism, atheistic Zionism, Reform, Conservatism, Reconstructionism, Feminism and other assorted theories and movements arose in this century to claim the place of prominence in fashioning the Jewish people and its future. All of them have proven themselves to be woefully inadequate for the task set forth.

“Much of the ruin currently clearly visible in the Jewish world is directly traceable to the rebellion against Moshe and his Torah, against Holyoke and tradition, which marks every one of these theories and movements and is in fact the common denominator for all of them. From our perch just above the abyss of Jewish destruction and assimilation, there are determined Jews who shout out loudly that ‘Moshe is true and his Torah is true.’

“But there are many sons of Korach who still maintain the belief in the false shibboleths of this past century. After an intermarriage rate approaching seventy percent in America, one strains to hear the admission of error from these groups. Unless there is an honest reappraisal of theory and belief on the part of these groups, these sons of Korach will not survive.” 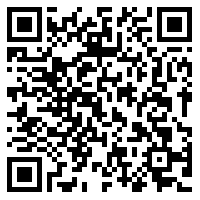