Though the Hamas leadership is certainly happy over the sweeping Taliban victory in Afghanistan, the response in its media sites only faintly registered it. Felesteen, one of Hamas’s major media sites, made due with a brief derisive commentary of a video of President George W. Bush announcing the final and utter defeat of the Taliban in 2001. The dramatic events in Afghanistan elicited even less a response in the Fatah-dominated media and only casual mention in Hezbollah’s media organ, al-Manar, which reported that Tehran was making contact with the new regime in Kabul, which clearly threatens Iranian interests.

These responses contrasted sharply with the reactions to the dramatic rise of the Islamic State (ISIS), a kindred group to the Taliban, in the spring and summer of 2014, especially its defeat of the Iraqi army and takeover of Mosul, Iraq’s third largest city, and soon thereafter the temporary effacement of the Iraqi-Syrian border as ISIS expanded its hold of northern Iraq and southeastern and western Syria.


Such a contrast begs the question why the difference in response to two dramatic developments so similar to each other. For, though the Taliban victory over the imperialist/Christian/Infidel “West” took place on the fringes of the Middle East while the rise of ISIS took place in its heartland, the dimensions of the Taliban victory are far greater.

The Islamic State at its height controlled at most 150,000 square kilometers compared to more than four times that size under the Taliban’s sway. The ratio is even greater in terms of the number of people that came under their control: The Islamic State controlled at its height a population of six million people compared to the 30 million and more Afghanis who will chafe under Taliban rule.

It is also arguable that the Taliban’s defeat of the “West” is incomparably greater than that of ISIS during its rise, at least as it is playing out in recent days. From President Biden to British Foreign Secretary Raab, to German Chancellor Merkel and others – all have conceded defeat by announcing their resolve not to return to Afghanistan under any circumstances. By contrast, the response to ISIS, albeit not immediately, was the formation of a broad-based coalition that amassed considerable air power and ground forces to cripple the organization.

So why the lack of enthusiasm even amongst Sunni Islamist organizations such as Hamas?

Most of the answer can be found in the visual material provided by the major media sites, notably Aljazeera, depicting the total lack of enthusiasm to the Taliban takeover of Kabul by the “man in the street” in the capital city itself – with an emphasis on the man in the almost total absence of women in the streets during these unsettling, fearful times. Much as the Hamas leadership is happy to see the like-minded Taliban triumphant, it finds it difficult to “sell” what looks more of a warlords’ takeover than the triumph of an Islamic revolutionary movement.

While the western media focuses on two aspects of this lack of enthusiasm – the fear of Taliban retribution against former incumbents and the fear that women’s rights will be curtailed if not abolished – these effect a relatively small percentage of the population.

For most of the six million residents of greater Kabul, the Taliban takeover – marked by a mass exodus of Western diplomats, army personnel, and foreign non-governmental agencies and their personnel, coupled with the flight of most well-to-do Afghanis – will mean an immediate descent into poverty, not only amongst the many shop and service providers to such a clientele and the thousands who worked directly with them, but amongst the far wider circles of Afghanis who serviced those who serviced the foreigners.

Ironically, those who realize this lack of enthusiasm most are the Taliban leaders themselves. One of this leadership’s first moves was to provide assurances that the diplomatic and business community that backed the deposed regime will not be harmed.

No doubt, the Taliban government will find alternative sources of income. Extorting the Chinese will be one such channel as Kabul will demand payoffs from Beijing in return to putting a brake on the promotion of Islamist terrorism in northwestern China. Similar deals will probably be ironed out with neighboring gold- and gas-rich Uzbekistan and gas-rich Turkmenistan.

Alas, these payoffs will most likely go exclusively to the new/old political class rather than to their suffering subjects.

It might be little comfort to the “infidel” or “imperialist” West, but at least their largesse improved the lives of Afghanis for twenty years. Hopefully, the faint memory of such prosperity might serve in the more distant future as the harbinger of change towards a democratic Afghanistan that lives at peace with itself, its neighbors, and the world at large. 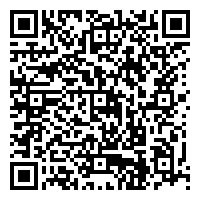