On June 29, Ofir Dayan, daughter of Dani Dayan, the Consul General of Israel in New York, soon to become Chairman of Yad Vashem, ascended to the Temple Mount where she sang the national anthem of Israel, Hatikvah.

In 2018 Tom Nisani, who, together with Ofir leads a group called Beyadenu (In Our Hands – a reference to the immortal declaration “The Temple Mount is in our hands!” uttered in June 1967 by Mordechai “Motta” Gur, commander of the paratroopers who liberated the Temple mount) was arrested for singing Hatikvah on the Temple Mount in memory of Ari Fuld, a regular Temple Mount ascender who had been murdered by a terrorist.

Back in June, Ofir Dayan was punished by being denied entry to the Mount for more than a month—an illegal measure the police enforced anyway. She responded with a legal campaign, supported by her group’s attorney Itamar Barkai and several MKs, and won the unconditional right to come back to the Mount.

Of course, as soon as she was back on the hallowed ground, Ofir and a friend began their holy recidivism and sang the national anthem – albeit in an undertone.

Tom Nisani, the Executive Director of Beyadenu, sent out a press release (and the video) pointing out that “the Middle East wasn’t set on fire” as a result. In fact, nothing happened, and the police didn’t intervene.

Nisani added that “singing the national anthem on the Temple Mount is a right, some would say a duty, for the citizens of Israel.”

Ofir Dayan, who heads Beyadenu’s parliamentary team said in a statement: “I felt a huge injustice was made to me when the police told me I’m not allowed to sing my national anthem in the holiest site in Judaism. I am a Zionist who grew up believing in the importance of Jewish peoplehood, and by singing the anthem, I express this sentiment. I would not be deterred and would keep insisting on my right to do so.”

Jewish Peoplehood has been defined as the conception of the awareness of the underlying unity that makes an individual a part of the Jewish people.

Which reminds this reporter of another immortal line, by Will Rogers, who said, “I am not a member of any organized political party. I am a Democrat.” 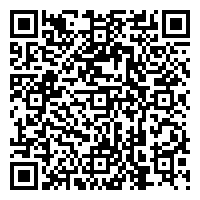