What would you do if you learned that a small group of people threatened to make Jewish life in our communities less inviting and secure? Would you be concerned enough to learn about them, warn your children about them, and try to blunt the damage these people are doing? And what if “these people” turned out to be ourselves?

The dismissive, uncivil, and disrespectful attitudes and behavior too many of us show to our neighbors threaten our collective future.


Our job at the Simon Wiesenthal Center is to stay on top of trends around the world. Our work takes us around the globe, advocating for Jewish and for human-rights causes. We meet with world leaders, government officials on all levels, and elite cadres of civil society. We have seen the hydra of anti-Semitism regenerate with renewed strength, too often met in the mainstream with apathy, even acceptance.

Across Europe, the lid has come off the demons repressed for a few decades after the Holocaust.

Yes, you might say, but we live in North America, far from those forms of overt and dangerous threats. But that is our point. We live, b’chasdei Hashem, in a bubble – one that we threaten to burst ourselves.

Not that anti-Semitism doesn’t exist in the Goldene Medinah, but its harshest manifestations are mostly relegated to the margins, and it has not derailed the decades of remarkable Orthodox growth since World War II.

We have, baruch Hashem, built thriving, bustling communities, full of schools, shuls and social service providers. We in the U.S. and Canada have learned to be more confidently assertive. Through the pioneering efforts of Agudah and the OU, we are a presence in state capitol buildings, in the White House and in Ottawa. Kippot appear on the heads of public officials and in sitcoms, and Yiddishisms don’t need to be explained to our fellow citizens.

We have built up huge amounts of good will with many neighbors and politicians and don’t think twice about leveraging that hard-earned good will to accommodate our needs. We ask for – and expect – that testing schedules will revolve around our holidays, that garbage pickups will bend for Pesach, that parking tickets will not be issued when halacha won’t allow us to move our vehicles.

More important, we have come to rely on the largesse of the government and our neighbors for all kinds of support we now take for granted: reimbursement for mandated school services, textbooks, welfare and housing stipends, grants for senior centers and special-needs children. To ensure that the perks keep coming, we build upon our network with politicians, appear at the right public forums, and bundle contributions – just like every other organized interest group.

Observant Jews are no longer seen or treated as a small, quaint, community clinging to its ancient ways on America’s margins. We are mainstream, swimming alongside others in a fishbowl. Our neighbors, the media, and politicians pay attention – not because they hate us but because we are part of society’s fabric. No one should be surprised, then, that our faults and foibles – true or exaggerated – are splashed across headlines and cable news.

Most good people (and the bad ones are in the minority) do not expect perfection. They do expect menschlichkeit and respect – respect for laws and for the rule of law itself. They expect us to show pride in the appearance of our houses and streets, and other good-neighborly behavior. They expect to be valued and treated as respected human beings, just as we expect that of them.

Too often, though, we don’t think in these terms and we do not deliver. The resulting chillulei Hashem, both miniscule and large, weaken our Torah values, erode our shem tov, and potentially threaten our future.

We entirely understand the derision and contempt displayed to non-Jews by some Holocaust survivors. They experienced firsthand unfathomable atrocities, often committed by non-Jewish neighbors they had trusted. But we, the children and grandchildren of those survivors, know full well the difference between their experience and ours – yes, even the difference between one group of people and another. We also know of many survivors whose personal experiences were also horrific and yet they always displayed impeccable graciousness to all human beings.

Some of us, however, continue to speak – and think – disparagingly of every non-Jew. Besides being wrong in a Torah context, this attitude, in our opinion, is suicidal. It will bring catastrophe upon us, as the realities of the new economy will mean more and more groups competing for a shrinking pot of available public funds and resources. We are going to need to generate greater good will from our neighbors. The near-daily allegations of financial irregularities and cheating on government programs don’t help, making the forging of long-term coalitions that much more difficult.

Please don’t get us wrong. We are not saying that what we have described is the majority attitude in our community. Far from it. It is a minority one, but it threatens to engulf us all.

So why are we writing this? Because the attitudes children develop about their neighbors is considerably more reflective of what they learn from family than what they hear in school.

We both had elders in our extended families who survived the violent and genocidal hate of Tsarist Russia and Nazi Germany. Yet we were inculcated to show derech eretz to all people, not only “unzere.”

That is why we are taking this plea to Jewish parents. As parents, you try to give your children every advantage. If, God forbid, Mashiach does not arrive soon, and your children spend years of their lives in what Rav Moshe Feinstein, zt”l, called the “medinah shel chesed,” you want them to live in a hospitable environment. But that will not be the case unless you educate them better than they have been educated until now in how to live respectfully among non-Jews.

Teach your children how different Americans are relative to, say, people in Saudi Arabia, Greece, or Spain. Speak to them about our great mission of Kiddush Hashem, and the severity of Chillul Hashem. Speak to them also about the practical consequences of being part of a minority whose future will be rockier without strong alliances with our neighbors.

An aphorism of a previous generation was, “If Jews won’t make Kiddush, non-Jews will make Havdalah.” It meant that if Jews, who have a special mission to live by Hashem’s instructions and be an ohr lagoyim (a light to the nations), don’t live up to His expectations, He will use non-Jews to remind us – sometimes in unpleasant ways.

Today those words have additional meaning. If we won’t act toward our neighbors with Kiddush Hashem, we will be spurned and shunned by them. This will impact negatively on so much that has been so important in the building of our Orthodox communities.

Bottom line: Let parents lead the way in raising our children to always show humanity and decency. It’s time – for those of us who have not already done so – to mensch up. 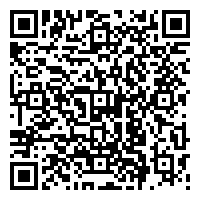