The Rambam is of the opinion that a safek is permitted min haTorah. The rabbanan forbade one to take a chance and do something that is a safek issur. Many Rishonim disagree with this ruling and say that a safek is forbidden min haTorah. The Rishonim ask on the Rambam’s opinion from many places in Shas. The Acharonim are bothered because there is a pasuk in this week’s parshah, which they feel is a question on the Rambam and also that the Rishonim do not ask from it. Regarding the prohibition against cutting down a fruit tree, the pasuk in Devarim 20:20 says, “Only a tree that you are certain is not a fruit tree may you cut down.” Why does one have to know with certainty that a tree is not fruit bearing? Even if he is in doubt, it should be permitted according to the Rambam’s opinion that a safek is permitted min haTorah.


Some Acharonim suggest that this question can be avoided by looking at how the Rambam himself learns this pasuk. In Hilchos Melachim 6:9, the Rambam says that a non-fruit bearing tree may be cut down even if one does not need it. Similarly, a tree that used to bear a lot of fruit and now only bears a few fruit – not enough to make it worthwhile to pick – may be cut down as well. The Kesef Mishneh there explains that the source for the halacha of the Rambam is a braisa in Baba Kama that derives from the extra words in the pasuk in this week’s parshah, “that you are certain that it is not a fruit bearing tree,” that the tree used to bear many fruit and now does not bear enough. Based on this they suggest that we can answer the question on the Rambam. Because once a tree was established as a fruit-bearing tree, it has a chazakah that it will remain as such. The only way that one will be able to cut down such a tree is if he knows with certainty that it is not bearing fruit, or enough fruit, any longer.

The Chasam Sofer, in Baba Kama, suggests another answer. He says that since there are many fruit trees in the world, one cannot rely on the general rule that a safek is permitted min haTorah. This is because although there are far more non-fruit bearing trees in the world, the fruit-bearing trees are kavuah (set in their place). Therefore one may not cut down a tree unless he is certain that it is not fruit bearing.

This is similar to a scenario whereby there are two stores, one that sells kosher meat and the other that sells non-kosher meat. If meat was brought from one of them and we are unsure from which one, even the Rambam agrees that one may not eat the meat – even min haTorah. This is because it is ikvah issurah (the issur is established). The Rambam only says that one may rely on a safek min haTorah when the issur is not definitely there. If one of the possibilities is definitely an issur, one may not rely on the safek.

The Chasam Sofer then asks this question on the pasuk’s necessity: Why would we think that one could cut down a tree if he is unsure whether it is fruit bearing? Since it is both ikvah issurah and kavuah, it should be obvious that it is forbidden. He answers that perhaps we need the pasuk because if one assumes that a tree is not fruit bearing it is not an act of destruction, and thus should be permitted. Therefore the Torah tells us that it is nonetheless forbidden.

I would suggest that the question doesn’t begin here; on the contrary the question is on the other Rishonim. The Torah is allowed to decree that in certain areas we should make an exception to the general rule and not allow one to rely on a safek. Regarding the prohibition of cutting down fruit trees, the Torah says that we should not rely on the general rule of safek de’oraisa lekulah; rather, one must know with certainty that it is not fruit bearing before cutting it down. If one is unsure, he may not cut down the tree. According to the Rishonim who opine that a safek mi’de’oraisa is always forbidden, why does the Torah need to write a pasuk that says that one may not cut down a tree when he is unsure whether it is a fruit-bearing tree? Shouldn’t we already know this by applying the general rule of safek de’oraisa lechumrah (every safek must be ruled as forbidden)? 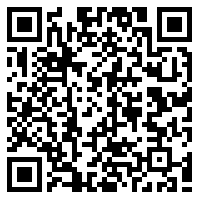