The purpose of Hamas’s “March of Return” was to erase the border and to flood Israel with Gaza Arabs. Israel did what it had to do to defend its border and its citizens. The international community though, turns reality upside down, portraying Israel as the “villain” and the Islamist attackers as “victims.”

The attack on Israel’s border also destroyed whatever remained of the cherished leftist fairytale of “extremists on both sides undermining peace”.

The EU especially once again found itself on the wrong side of history. EU’s Foreign Policy chief Federica Mogherini summarized the endemic international hypocrisy against Israel with the Orwellian words, “Freedom of expression and freedom of assembly are fundamental rights that must be respected.”

Threatening Israel’s internationally recognized border and attacking Israeli soldiers with machine guns and Molotov cocktails hardly qualifies as “freedom of expression.” The only “freedom of assembly” that Gaza’s terrorist-regime permits is violent incitement against Israel and Jews. By contrast, the EU and most of the world ignore the Kurdish people’s freedom of expression and national freedom as well as countless other oppressed nations worldwide.

Once again, Mogherini emphasized EU’s long-adopted anti-Israel policy of “do as we say, not as we do”.

“The EU mourns the loss of life. Our thoughts are with the families of the victims. The use of live ammunition should, in particular, be part of an independent and transparent investigation. While Israel has the right to protect its borders, the use of force must be proportionate at all times.”

What is the “proportionate” response to Islamist machine guns, Molotov cocktails and rocks according to the EU? In the case of the EU itself, the answer is obvious. Nine terrorists were killed during and after the Islamist terrorist attacks in Paris in 2015. France also bombed Islamist targets in Syria.

The same year, Danish police killed an Islamist radical who murdered a Jewish security guard and another civilian in Copenhagen. In July 2016, German police killed a 17-year old Afghan Muslim who attacked train passengers in Würzburg with an axe and a knife. During the London Bridge attack in June 2017, British security forces killed three Islamist terrorists. In March 2018, French police killed an Islamist extremist that attacked a supermarket in the French town Trèbes. The list goes on and so does the hypocrisy.

Neither the UN nor the EU called for an “independent and transparent investigation” in any of these cases. Only Israel is accused of “disproportionate” force, despite facing far more serious and frequent threats than any other Western democracy.

The same international community that demanded that Israel retreat from Gaza, now hypocritically attacks Israel for defending its border with Gaza against Hamas, an Islamist enemy openly seeking Israel’s destruction. Israeli civilian lives in border communities would have been seriously threatened, even if only a small number of armed terrorists would have managed to penetrate Israel’s border with Gaza.

Israel does not only have the right but a duty to defend its citizens like any country in the world.

The Pope joined the international linguistic pogrom against Israel by claiming that “defenseless” Arabs are killed in the Holy Land.

In reality, at least ten of the 17 killed Gazans were armed Islamist terrorists. However, in the international “Blame the Jews” game, there is little demand for verifiable facts.

Hamas systematically and cynically exploits it to the limit. Gaza’s Islamist rulers reportedly sent a 7-year-old Arab girl to the border with the hope that Israeli soldiers would unintentionally kill her and cause international condemnations of Israel. Thankfully, Israeli soldiers discovered the girl in time and took her out of harm’s way.

While extremists like Goldstein and Bissonnette are despised fringe elements in the Jewish and Christian worlds, extremists are in power in much of the Islamic world and looked upon as role models by millions of Muslims. There are no city squares or streets in Israel named after Baruch Goldstein. By contrast, “moderate” PLO names city squares and streets after terrorists who murder Jews.

Israeli children are taught in a spirit of mutual respect and coexistence. By contrast, Hamas and PLO brainwash their children that Jews are “sons of apes and pigs” and that Israel must be destroyed.

In Israel, children dream about becoming pilots, sport stars or entrepreneurs. In the territories ruled by PLO and Hamas, terrorists who murder Jews are praised as “heroes” and their families receive cash stipends.

It is therefore hardly surprising that many brainwashed Muslim children dream about becoming shahids or “martyrs” who die while murdering Jews.

Who Is A Jewish Leader? 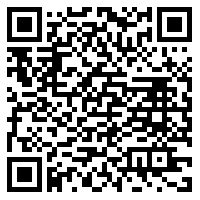