Okay, so we already concluded that, like it or not, I am the unpaid poster child for the infamous Murphy. In fact If you look up “Murphy’s Law” in any current dictionary, chances are that you will find my photo grinning back at you.

This erev Pesach was a textbook illustration from beginning to end, and it is still ongoing as I write this. Why, you may justifiably ask, are you even wasting precious pre-Pesach moments writing this essay? I would like to pin that one on him as well; if I do not commit all this to paper ASAP, there is no way I can reconstruct the entire convoluted tale from memory at some later date.

So the bottom line basically is this: Murphy worked overtime in the weeks leading up to Pesach to sabotage all my efforts at progress, and to add insult to injury, I felt compelled to record the complicated miserable tale for posterity.

We have had more memorable Pesach’s to be sure. On the positive side, there were: The Pesach in Chispin when we were able to explore the magnificent North of Israel, The Pesach in Gush Katif before it was painfully evacuated and turned into a terror base, The Pesach The Entire Family Spent in Yerushalayim, and most recently, The Pesach in Dubrovnik. All of those were the stuff of quality experiences and enduring rosy memories.

Then there were the equally memorable, but by far more stressful Yom Tovs: The Pesach after my father, a”h, and his caretaker moved in for a month, The Pesach that came two weeks after we made two weddings, and most etched in our collective psyche of all, the Pesach immediately following my dear father-in-law’s petirah.

Admittedly, this year’s Pesach was not as emotionally draining as the years that we lost my father-in-law and my father respectively. Nor was it quite as taxing as the post double chasunah YomTov.

In fact, what most distinguishes this year’s roller-coaster from the aforementioned ones is that, unlike the ones that preceded it, this Pesach was theoretically supposed to be uncomplicated and relatively easy and ordinary. The ensuing ups, downs, and hairpin turns therefore caught us totally off-guard.

First came the intrigue… in the form of a tantalizing offer.

“Would you be interested in being the scholar-in-residence at our Pesach program in Spain this year?”

The woman on the other end of the line had made the shidduch between us and our incredible Dubrovnik Pesach several years earlier, so her credentials were already well established.

“I’ll speak to my wife, and get back to you,” was my husband’s non-committal reply.

I was far less hesitant.

“We’ll be on the next plane!” I enthused, Technicolor visions of five-star accommodations and cuisine already dancing in my head.

My husband phoned the woman to relay our interest.

So we waited for her follow-up call. And waited. And waited some more.

In the meantime, our kids in the United States began to explore their options for the upcoming holiday.

Consequently instead of receiving the coveted call from the program organizers, we found ourselves fielding one call after another from our own children, eager to join us for Passover in the Promised Land.

“Don’t book your tickets quite yet,” I stammered to each one in turn. “There’s a slight possibility that we may be going to a Pesach program in Spain this year. We’re waiting to hear back from them.”

One of our daughters had long-since made arrangements to come to Israel with her husband and four kids, so we could not possibly accommodate too many of her siblings in any case. Add to that the fact that another daughter was besha’a tova due with her first around Pesach time as well.

And so the plot began to thicken.

Although we had decided to keep the Spain possibility relatively hush-hush while we awaited a verdict, we had to enlighten the kids who were considering coming to the Holy Land as well as the one who had already booked tickets.

The latter’s husband’s parents and three of his siblings had recently made aliyah, so they would have a reasonable number of options open to them even if we were to fly the coop, literally. They were due to arrive a week before Pesach, so the maskana was that if we remained in Eretz Yisrael they would come to us on Pesach; if not, they would spend time with us before Yom Tov.

Not wanting to put all my proverbial eggs in one basket, I commenced a half-hearted Pesach cleaning routine while we awaited the phone call. Eventually to be known as the phone call that never came.

Unfortunately, by the time I alerted my kids, ticket prices were astronomical and flight availability severely limited. They, like I, ultimately bit-the-bullet and resolved to stay home.

Due to my somewhat late start on preparations, I decided to place orders for both eggs and produce rather than purchase those items last-minute from the overcrowded local supermarkets. To make a long story short, Murphy staged an appearance once again. After waiting two entire days for my egg delivery, and being unable to commence my Pesach cooking and baking marathon, I was informed that the distributor had run out of the size Large eggs I had specified. Rather than switch to Medium size eggs and add a few extra dozen, I cancelled my order altogether.

The produce order was even more annoying. I received a ‘prank’ phone call at close to 10 p.m. the night before my fruit and vegetable order was to be delivered. Except it turned out to be a legitimate call after all! A young boy explained to me in broken English that my order (as well as those of a significant number of my neighbors) would not be arriving the following day due to an unforeseen technical glitch.

“This is not a joke!” he assured me several times during the course of the surreal conversation.

(To add insult to injury, my credit card was charged several hundred shekel for the cancelled order, and I have yet to be reimbursed.)

In the end, my husband and I high-tailed it back to the supermarkets (for the third time that day!) and were ultimately able to purchase all the eggs and produce we required. And I was eventually able to belatedly begin cooking and baking for Yom Tov.

It took slightly longer for us to recognize the undeniable Yad Hashem in all of this.

Our newly-married daughter ended up having a baby boy just before Pesach, and my better half scrambled to make (very expensive) flight arrangements to leave Eretz Yisrael for the US on Pesach to arrive in time for the bris. Had we been vacationing in Spain, there is no doubt in our minds that he would have been unable to shirk his duties to attend that milestone event.

My mother joined us for the Seder and first days, leaving before Shabbos to make room for the next shift. Our daughter, son-in-law and four grandchildren spent Shabbos and the last days with us, leaving to the airport mere hours before I departed to the US (on an even more expensive flight than my husband’s).

We celebrated a beautiful Yom Tov together with them and our Israeli-based newlywed couple, but it was an incredible challenge for me to host everyone on my own after my husband’s hasty departure, and even more stressful to pack up Pesach by myself and then pack myself up in time for my own flight. Add to that getting the house back in order and somewhat restocked immediately after Yom Tov, and you will no doubt conclude, as I did, that it was a neis niglah that I somehow managed to get it all done.

I shudder to think how I would have pulled off that miracle had I been hosting additional children and grandchildren from the States!

So, “all’s well that ends well” once again. Despite Murphy’s intense efforts, Hakadosh Baruch Hu saved us from ourselves, and saved the day as always.

Still, a part of me is already living in fear of what next erev Pesach has in store for us. 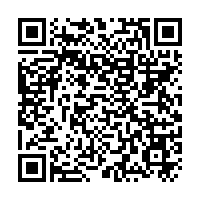