3.  The $70BN Carlos Slim, from Mexico, led a $60MN round of private placement in Israel’s Mobli.  Slim’s investment was made via his America Movil Mexican cellular company.  In July 2013, Slim invested $40MN in Israel’s Shazam.  A September 2012 round of private placement was led by the Kazakhstan billionaire, Kenges Rakishev, the chairman of Mobli (Globes, Nov. 7).  The San Diego-based Qualcomm Ventures led a $13MN round – joined by the Silicon Valley-based San Disc Ventures and the Hong Kong-based Horizon Ventures – by Israel’s Magisto (Globes, Oct. 30).

4.  The London-based Economist Intelligence Unit, Nov. 6, 2013: “Start-Up Nation” – the name given to Israel’s cluster of high-tech companies, investors and incubators – is enjoying a boom the likes of which has not been witnessed since the global tech bubble burst more than a decade ago.  Israel’s high tech companies raised $660MN in the 3rd quarter of 2013 – the largest amount in any three month period since 2000. Those companies have also chalked up some significant recent successes, following a series of acquisitions by US-based technology companies.  The most notable was the $1BN sale of Waze to Google in June.  Since then, IBM has acquired Trusteer (combatting online banking fraud) for $650MN, Facebook has bought Onavo (mobile utility application) for an estimated $120MN and Asurion has agreed to purchase Soluto for $130MN.  Wix is launching an IPO that values the firm at around $720MN.  A host of other [Israeli] firms are planning overseas IPOs as well. Foreign venture capital fund account for the great majority of the capital invested in local start-ups…. The industry consists of thousands of start-ups…. More often than not, the start-up becomes a research and development center for the acquiring [overseas] company…joining more than 250 other such centers in Israel…. There are 70 Israeli, or Israeli-related, companies listed on NASDAQ, the most of any one country apart from the US and China…. “

Mining For Failure In The Face Of Success 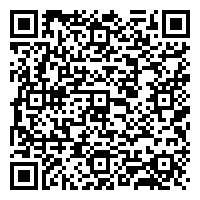