President Donald Trump’s declaration recognizing Jerusalem as the capital of Israel had barely sunk in when predictions of a looming catastrophe started to make waves in the mainstream liberal media.

Not surprisingly, Tony Burman, former head of Al Jazeera English and CBC News, warned in the Toronto Star that “(recognizing Jerusalem) foreshadows a dangerous new phase in the conflict that will encourage extremists on both sides to reach for the gun and engulf the region in violence.”


For over 15 years American presidents, both Democrats and Republicans, have declared they believe Jerusalem is Israel’s capital and promised to move the U.S. embassy to the city, but stepped back when confronted by possible repercussions to their supposedly principled stand.

In 1992, Bill Clinton declared, “Jerusalem is still the capital of Israel and must remain an undivided city accessible to all.”

He was followed by George W. Bush in 2000, who made the following promise: “As soon as I take my office I will begin the process of moving the United States Ambassador to the city Israel has chosen as its capital (Jerusalem).”

Perhaps the tumultuous years following the 9/11 attack by al-Qaida on the U.S. put the issue of Jerusalem on the back burner, but when the White House returned to Democratic hands, Barack Obama took an even more vigorous stand supporting Israel than his predecessors.

The fact Turkey has now taken the lead to speak for the Palestinians is rich with irony considering the Ottoman Turks colonized the Arabs for over 600 years and Jerusalem was kept a backwater city of no significance. As the Pakistani historian Mobarak Haidar recently wrote, “Muslims of the world have no religious basis to rule Jerusalem.”

Jerusalem was conquered by the Arab armies of Caliph Omar in 637, not because the Qur’an or Prophet Muhammad had ordained it to be Islamic, but because it was part of the war the expanding Arabs were fighting with the Byzantines.

Decades after conquering Jerusalem from the Christian Byzantines, Muslim caliphs of the Umayyad royalty in 715AD built a sanctuary in Jerusalem on top of the Jewish Temple Mount, and called it the Al-Aqsa Mosque, thus retroactively giving the city a role in Prophet Muhammad’s life.

The Dome on the Rock was used for a parallel Hajj by the Damascus caliphs to compete with Mecca’s Kaaba that was ruled by another competing caliph, Abdullah Bin Zubair.

Muslims did pray towards Jerusalem because of its connections to Abraham and because Mecca was still in pagan hands, but when Jews rejected Prophet Muhammad as the promised messiah, and Mecca was cleared of idols, Muslims turned their backs on Jerusalem.

We Muslims need to be a bit more honest than we profess to be. Imagine if Ethiopia invaded Mecca and built a church over the Kaaba, then claimed the city.

We have done this elsewhere, whether it was converting St. Sophia Cathedral into the Hagia Sophia mosque in Turkey, or destroying the Hindu temple considered the birthplace of Lord Rama and building the Babri Mosque over it in India.

It is time for us to show remorse, to stop playing the victim because, other than the likes of Turkish President Recep Tayyip Erdogan, no one is listening. 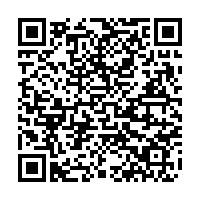