Here is the campaign speech I wish John McCain or Barack Obama would deliver:

If I were a typical, hardworking wage earner uninvolved in the full-time practice of government and politics, I, like many of you, would resent politicians and public officeholders.

For far too many elections at almost every level, America’s voters have been subjected to candidates from both major political parties, and from seemingly all self-declared ideological persuasions, who are all too eager to convince them why they shouldn’t support their opponents.

Self-serving political expediency, rather than acting solely on the merits of what is best for America’s national and global interests, has become the mainstay of our political culture. It has become almost a given that a candidate will mindlessly go by the latest poll results rather than courageously follow his or her best governing and legislating instincts.

If I am privileged to be your next president, my approach to leading will be different. I will discard the self-serving and ultimately destructive notion that the next poll should dictate the next policy affecting the next generation of Americans.

The only poll results guiding me will be those that reveal what issues are of paramount concern to the American people. I will work strenuously to address those concerns without caring what the political “flavor of the day” is.

I will also fulfill my duties with the expectation that I am to be a one-term president. I will not spend one precious moment trading my responsibility to lead for ego-driven political jockeying. If I should decide to seek a second term, I am comfortable enough in my own skin to accept the American people’s verdict on my accomplishments or shortcomings.

In one his most important speeches — many believe it propelled him to the presidency — Abraham Lincoln spoke about the obligations of duty on February 27, 1860 at New York’s Cooper Union. He said, “Neither let us be slandered from our duty by false accusations against us, nor frightened from it by menaces of destruction to the government nor of dungeons to ourselves.”

These timeless words, spoken in the context of slavery’s horrors, can easily apply to today’s war on terror and the battle for universal freedom.

Here is my perception of America’s position in the world, and the strategy by which I propose to carry out our sacred crusade to preserve and strengthen our way of life:

The unfortunate reality of our international role is that in the fight for liberty, we have been thrust into the position of being the world’s policeman. An enviable assignment it is not, but a winning absolute it certainly is. As the Jewish religious leader Hillel famously asked, “If I am not for myself, who will be for me? And if I am only for myself, then what am I? And if not now, when?”

We Americans must be for ourselves, for no other force can be counted on to help us enhance the human condition. But since we cannot realistically isolate ourselves from some of the world’s threats, we must protect and help spread — by military might if necessary — the unique, humane values we hold dear. And in light of terrorist acts perpetrated against us, at home and abroad, over the past few decades, the time to safeguard and fortify the decencies we cherish is now.

How do we reach these goals – goals that will, undoubtedly at some point, require some form of military action — while simultaneously minimizing the risks to our military personnel?

To begin with, seemingly endless negotiations with brutal dictators who wish to harm the United States, or who threaten the stability of civilized societies allied with us, are exercises in futility. There will be no place in my administration for the naïve belief that every unsettling crisis with murderous thugs posing as respectable global leaders can be solved through diplomacy.

I will invite all nations that respect our right to live freely to join our sacred cause. In return for their support we will defend their sovereignty to the degree they wish. Conversely, any nation that challenges our self-defined interests, domestically or overseas, does so at its own peril.

The United States of America will determine unilaterally  — and always without a care for the whims of the spineless United Nations — whether countries are with us or against us. Upon reaching those decisions, we will act accordingly. 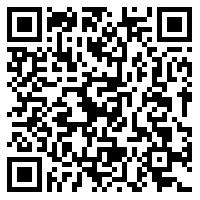