A casualty of the Left’s hatred for President George W. Bush has been a destructive inability to separate fact from fiction in the ongoing history of the war in Iraq. The latest case, which, sadly, has dug its way into the head of the Democratic presidential nominee, is the allegation that American troops, when they liberated Baghdad in April 2003, were not welcome as liberators.

This inaccurate appraisal, shocking given that it’s made by people who watched the liberation on TV, was leveled again last week by Barack Obama for the second time in consecutive presidential debates. Both times, Obama criticized John McCain for predicting that Americans would be greeted as liberators in Iraq.


I cannot confirm whether McCain said that. Either way, though, the undeniable truth is that we were welcomed as liberators. I know this very well, because I, like everyone over the age of five, lived through it.

I recall a June 27, 2003 piece by Nicholas Kristof in The New York Times titled, “The Man With No Ear.” A few weeks after the apparent cessation of war, Kristof visited Iraq. Like the Times, he adamantly opposed the war. Now he had to come to grips with the undeniable freedom wrought by the liberation, and the gratitude that Iraqis felt for George W. Bush. One Iraqi told Kristof: “A thousand thanks to Bush! A thousand thanks to Bush’s mother for giving birth to him!”

Kristof admitted he did not expect that reaction. He tracked down a man named Mathem Abid Ali. For deserting the army, Ali’s ear was amputated. “Children looked at me, and turned away in horror,” he told Kristof. But now, at last, Ali was free. He told Kristof: “I’d like to make a statue in gold of President Bush.”

Kristof admitted that such facts “got in the way” of his plans for his column. He conceded that it was important that doves like himself encounter Saddam’s victims and their joy at being liberated by American troops. Doves “need to grapple with the giddy new freedom that—in spite of us—pullulates from Baghdad to Basra,” wrote Kristof.

When Iraqis weren’t talking of forging gold statues to George W. Bush, they were running around the streets literally praising God for him. Here, too, I could give example after example, but I will stick with another from the popular press, this from the London Telegraph, May 21, 2003:

Juad Amir Sayed, an Iraqi Shiite Muslim, lived in the village of Karada, 90 miles southeast of Baghdad. At age 24, he had buried all of his books in a flour sack, burned his identity card, and constructed a tunnel and three-by-five-foot concrete cell under the family kitchen. He entered that cell on December 2, 1981 and lived there for the next 22 years.

Juad dug a tiny three-inch diameter hole deep into the ground from which he sucked water. This was his well. A smaller peep hole provided a ray of sunlight during the day. His only company was a Koran and a radio with headphones that he kept tuned to the Arabic Service of the BBC….

Once American troops arrived, Juad entered the light of freedom for the first time in over two decades. “I believe that Allah worked through Mr. Bush to make this happen,” said Juad. “If I met Mr. Bush, I would say, ‘thank you, thank you, you are a good human, you returned me from the dead.’ ”

Those are simply a couple of anecdotes from newspapers. Has everyone forgotten about the images they saw on their television sets?

I spent two hours with about 50 students on the morning of April 9, 2003 watching CNN coverage of Iraqis and U.S. Marines in Firdos Square tearing down a statue of Saddam Hussein, which was then desecrated, spat upon, smacked with shoes, and ridden like a donkey through the streets of Baghdad.

As Howard Fineman wrote in Newsweek, affirming what no one doubted, it was George W. Bush “who toppled that statue.”

Doesn’t anyone remember this? Are the biases of liberals so personally crippling that they purge their own memory banks?

Of course, shame on President Bush and his administration for not constantly reminding us of this. Certainly the press hasn’t bothered. And now, yet again, because of the Bush administration’s failure to communicate to the larger public, the president’s enraged opponents have been able to inaccurately portray another highlight from the Iraq war. The Left has been so successful in eviscerating George W. Bush that even this amazing day of freedom in his presidency has been somehow turned upside down. 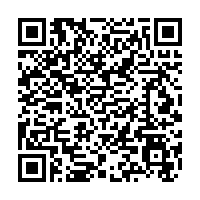