While we are still trying to make sense out of the most recent Israeli elections, indications are that the Palestinian elections that Abbas called for might also fail to provide clear leadership.

Actually, Abbas has found a way to make his elections even more divisive than the Israeli ones.
Instead of just calling for elections, he has called for 3 elections:

According to the Associated Press, the divisiveness of the upcoming Palestinian elections goes even further.
The Palestinian Center for Policy and Survey Research, directed by Khalil Shikaki, has done a poll of 1,200 Palestinian Arabs in the West Bank and Gaza. The poll found that if the election for the PLC were held today:

But there is more to it than that.
According to Shikaki, the source of Hamas’s weakness is the general perception that the group is not up to dealing with the challenges the people face, such as restoring national unity, improving the economy and lifting the blockade of Gaza by both Israel and Egypt. The reputation of the Hamas leadership has suffered from reports of their extravagant lifestyle.
On the other hand, despite being seen as capable of addressing those problems, Fatah’s weakness is its lack of unity due to internal rivalries.

And those splits within Fatah are eating away from its potential share of the vote:

a faction led by Mohammed Dahlan, a former senior Fatah leader who had a falling out with Abbas and is based in the United Arab Emirates, would win 10 percent. Nasser al-Kidwa, who was kicked out of Fatah after forming his own list, would win 7 percent. They would mainly draw votes from Fatah, dropping its share to around 30 percent, the poll said. [emphasis added]

Fatah’s share of the vote would end up matching the vote that Hamas would get.
There is one name that appears nowhere in the AP’s summary of the PCPSR poll: Marawan Barghouti. The PCPSR in fact did make a point of measuring pro-Barghouti sentiment, and if he enters the election, the results would be even more disastrous for Abbas and Fatah:

Shikaki also makes a point of the volatility of the results of his poll. Unpredictable events could cause a change in public opinion back towards Hamas. For example, if between now and the elections Hamas were to manipulate a prisoner exchange or if Israel were to kill a senior Hamas official — that would give Hamas a boost. Shikaki is speaking hypothetically — but who knows.
That of course raises the question of how international opinion would react to a new government that included — or was even led by — Hamas. Would the desire for a 2 state solution at any price be the final step in recasting Hamas terrorists as militants?
In its own analysis of the upcoming elections, The Carnegie Endowment for International Peace notes some of the machinations going on behind the scenes. For one thing, Hamas has agreed not to run a candidate for president of the PA, making it easier for Abbas to finally add to his terms in office by actually winning a re-election.
In addition, Hamas has been talking with Fatah about creating a joint Hamas-Fatah candidate list that would allow the leaders of the 2 groups to split up the seats in the PLC in advance.
The Carnegie group notes:

Putting aside the fact that it is hardly a democratic practice to limit who can run in elections and divvy up the seats before voting takes place, such moves seem designed to manage, though hardly bridge, the deep Hamas-Fatah political differences that have fractured the Palestinian polity. [emphasis added]

This is a point made by journalist Daoud Kuttab, that, “elections, which were once considered impossible without reconciliation, are now being used to achieve reconciliation.”
Maybe.
But consider the long history of failed reconciliations, trying for reconciliation while locked together in this kind of embrace does not fill one with optimism. As Carnegie puts it, “such an arrangement could result in a two-headed leadership incapacitated by divisions” — and that is assuming that the 2 sides don’t try to cut off each other’s head.
Carnegie also judges that not all of the 3 elections are likely to even happen. It suggests that the elections for the PLC are the most likely to be held; the presidential elections are actually a little less likely to be held; and the elections for the PNC appear to be the most improbable.
This may account for what they claim is less international interest in the elections as a whole.
They may be right.
For all the talk about a Palestinian state, it is merely seen as an end towards a 2 state solution that will magically bring peace to the region in general and alleviate the problems of the Palestinian Arabs.
The means towards that end don’t really seem to concern world opinion.
Advertisement 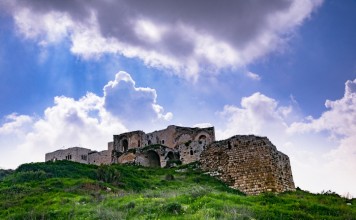 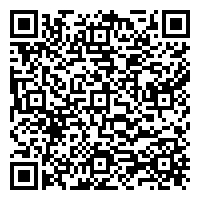