This morning an Israeli Arab was released from prison and received a hero’s welcome in the town of Baqa Al Gharbia near Haifa.
Around thirty years ago our hero murdered a young Israeli soldier. He was sentenced to life imprisonment.

After Shimon Peres left politics without ever attaining his dream accomplishment – being voted prime minister, he decided that president of Israel was a good second prize.

In order to become president, one needs a majority of Knesset members to vote for him.
In Israel, Arabs have the right to vote and influence the nature and direction of the Jewish state.
(Many Jews think this makes sense and is the apex of morality , in fact of Jewish morality.)

In Israel Arab MKs have determined the path of the Jewish state at some of its most vital junctures like Oslo and the expulsions of Gush Katif and Shomron.
Arab votes decided.

The same votes decide who will be Israel’s president.

Aware that his ambition depends on Arab MKs, he did what was necessary.
In the name of humanitarianism he promised to reduce the sentences of Arab terrorists if elected president.
it worked.
He was elected and promptly kept his side of the bargain.

Which brings us to this morning.
The Israel/Jew hating murderer from the Israeli town of Baqa can thank Shimon Peres for his freedom and heroe status.
The family of the murdered Jewish soldier are reliving their nightmare and protesting.
The Arab murderer’s family are celebrating.

Which brings us once again to this morning.

Israel is undergoing a transformation.
For the first time in its history , the majority of its Jewish politicians openly court Arab parties for their political support and consent to govern the Jewish state.
A few still believe that if this last barrier is broken there is no longer a moral argument to be made for a Jewish state.

The National Religious party (six seats) led by Smotrich and Ben Gvir are amongst these few.

Because they refuse to “change with the times” and accept the popular sell out to the anti-Israel Arab MKs they are demonized by the rest.
These are indeed fascinating and critical times for the still Jewish state.

I am convinced that there is a happy ending to this drama.
God did not wrought so many miracles for his People for nothing. 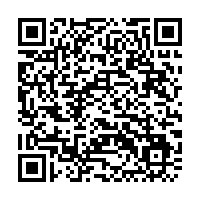