On the weekend of July 9-11, the idyllic little hamlet of Mill Valley, in Marin County, California, was host to a film festival promoting hatred – hatred of Israel, that is. The Marin Peace and Justice Coalition (MPJC) sponsored the ‘Palestine/Israel Film Festival at the Throckmorton Theater in downtown Mill Valley. According to the group’s website, the purpose of the festival was “to encourage dialogue and discussion about one of the most critical issues of our time.”This would all have been well and good if both sides of the issue had been presented. But far from offering a balanced view of the Middle East conflict, Marin County audiences were treated to two days of Palestinian propaganda. Every single group, speaker, and film involved in the festival was not only unabashedly pro-Palestinian, but stridently anti-Israel as well.The festival opened Friday night with a “gala screening” of the documentary “Palestine is Still the Issue.” Produced by John Pilger, anti-Israel activist extraordinaire and columnist for the left-wing British Daily Mirror, the film does its best to demonize Israel. The media watchdog website HonestReporting.com calls it “a veritable encyclopedia of every anti-Israel canard in existence today.”The film aired on British television in September 2002, much to the regret of Michael Green, the chairman of the very television company that produced it. In fact, Green later called the so-called documentary “factually incorrect, historically incorrect,” and a “tragedy for Israel so far as accuracy is concerned.”The MPJC website described the film as follows: “John Pilger returns to Israel after 25 years to ask why Palestinians, whose right of return was affirmed by the UN in 1948, are still refugees in their own land.” Pilger would have been better off directing that question to the surrounding Arab states and the corrupt PLO, for whom Palestinian “refugee status” is essential to destroying Israel.Making an appearance on Saturday was the notorious International Solidarity Movement (ISM), with the documentary “The Killing Zone.” According to the description of the film at the MPJC website, it’s nothing more than a regurgitation of ISM’s standard roster of lies. The film claims to document “the murder by bulldozer of American peace activist Rachel Corrie” despite the fact that Corrie’s death was ruled accidental by both the IDF and the media outlets that captured the incident.It then goes on to invoke “the deliberate killing of British activist Tom Hurndall” who was actually caught in a crossfire (where he placed himself) between the IDF and Palestinian gunmen. And to round out the list of imagined atrocities at the hands of the IDF, the description ends with “the murder of…reporter James Miller” who supposedly was “shot in the head as he walked toward an Israeli tank while wearing a flak jacket market TV and holding a white flag in his raised hands.”In fact, Miller was filming at night when he was shot by Israeli soldiers responding to incoming fire.The evening of deception would not have been complete without a speaker from ISM itself, Paul Larudee, a retired Berkeley professor and leader of the Bay Area ISM movement.On Sunday, audiences were asked to swallow “Peace, Propaganda, and the Promised Land,” a film which rests on the preposterous assumption that media coverage of the Middle East is actually biased toward Israel. As the MPJC website put it, “This recently released film exposes how the foreign policy interests of American political elites, working in combination with Israeli public relations strategists, exercise a powerful influence over news reporting about Middle East conflicts.”Of course, those who follow this subject closely know that the opposite is true; that media coverage is heavily skewed toward the Palestinian side, to the point where the western media is literally used as a tool of propagandists. To round things out, the film includes interviews with such notable luminaries of the anti-Israel left as Noam Chomsky, Robert Fisk and “Rabbi” Michael Lerner. And let’s not forget Hanan Ashwari, who’s hardly known for presenting a balanced view of the Middle East conflict.But by far the worst film of the bunch was Mohammed Bakri’s “Jenin, Jenin,” which goes well beyond bias into the realm of pure propaganda. “Jenin, Jenin” focuses on the aftermath of Operation Defensive Shield, in which the IDF battled Palestinian terrorists. The film advances the myth that the Israelis brutally “massacred” Palestinians, a lie that was eventually discounted by Amnesty International, the International Red Cross, and even the United Nations. The film’s integrity was further eroded by the revelations in Pierre Rehov’s documentary “Road to Jenin,” an expose on how the Palestinians perpetrated a media fraud in Jenin. But despite being widely discredited, “Jenin, Jenin” continues to make the rounds at various film festivals, of which the Palestine/Israel Film Festival was just the latest.If the Marin Peace and Justice Coalition had been under the impression that its little propaganda festival would go unopposed in the liberal Bay Area, they were sadly mistaken. Members of San Francisco Voice for Israel and others sympathetic to the cause stood outside the movie theater throughout the weekend, handing out informational flyers and waving Israeli flags. The steady drumbeat of anti-Israel rhetoric has made its mark and supporters of Israel know that even something as innocuous as a film festival can be an opportunity for fostering ignorance and hatred.Quite simply, by presenting frauds like “Jenin, Jenin” as fact, the Marin Peace and Justice Coalition is complicit in furthering the public relations efforts of Palestinian terrorists. And its film festival was nothing more than a thinly veiled attempt at political indoctrination. If these “activists” were really interested in promoting peace and justice, they would make documentaries, not propaganda. 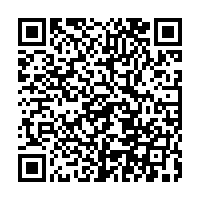