The facts of the murder were straightforward. Alexander Levlovich, 64, was driving through Jerusalem with two friends, on their way home from Rosh Hashanah dinner, when Palestinian rock-throwers attacked his car. The assault caused the car to crash, killing Levlovich, and injuring his friends.


But not according to the New York Times. “Jewish Man Dies as Rocks Pelt His Car in West Bank,” the headline announced. Look at that language. Notice how there are no Arabs, no Palestinians, no attackers at all; the car is “pelted” by rocks, but not by anybody in particular. Levlovich might as well have been murdered by Martians. Not even murdered, in fact; he simply “dies,” in the passive tense.

But don’t blame it all on the headline-writers. The article itself was even worse. In her opening paragraph, correspondent Diaa Hadid noted that recently there have been rock-throwing incidents, “mostly by Palestinian youths.”

“Mostly?” So in other words, Palestinian rock-throwing attacks are only part of the problem? Jewish rock-throwers have been attacking Palestinian cars? Only in Diaa Hadid’s imagination, of course.

And she didn’t stop there. Hadid, while posing as an objective journalist, went so far as to present a rationalization for Palestinian rock-throwing: “Palestinians frequently argue that rocks and crude incendiary devices are among their only weapons to press for independence, and to defend themselves against Israeli forces during confrontations. For some young Palestinians in areas where there are frequent tensions, their use has become a rite of passage.”

Wow. How many falsehoods and distortions can a New York Times correspondent pack into a single paragraph?

“Crude incendiary devices?” That’s a code-word for firebombs. Hadid downplays their significance by labeling them “crude.” But even “crude” firebombs can wreak devastation. Evidently Diaa Hadid has forgotten—or prefers to forget—about 11 year-old Ayala Shapira, the passenger in a car driven by her father near Ma’ale Shomron last December. A “crude incendiary device” was thrown by Palestinians at her car. She suffered severe burns to more than 50 percent of her body. Think for a moment about the pain she will endure for years, perhaps decades, to come.

“Their only weapons to press for independence?” Independence from what? It’s been 20 years since Israel withdrew from the cities where 98 percent of the Palestinians live. They are ruled by the Palestinian Authority, not Israel. They’re not fighting for “independence.” They’re trying to murder Jews.

“Defend themselves against Israeli forces during confrontations?” But the Palestinian are the ones who initiate those confrontations. They throw rocks and “crude incendiary devices” at the Israelis. They are not “defending themselves”; they are the aggressors.

Throwing rocks is a “rite of passage?” That’s the language one uses to describe a bar mitzvah, not an attempt to murder someone. In trying to make rock-throwing seem understandable, Hadid inadvertently acknowledged that Palestinian society is so barbaric that stoning Jews to death is acceptable, praiseworthy, and almost obligatory. Which, of course, makes the pro-Palestinian slant of her reporting all the more reprehensible.

One final note on Diaa Hadid’s “news” article. You wouldn’t know it from reading the New York Times, but Alexander Levlovich is the 16th Israeli, some of them dual Israeli-American citizens, to be murdered by Palestinian rock-throwers since the 1980s. Who remembers their names? Who cares about their widows and orphans? When will American Jewish organizations step up and make this into a major issue? 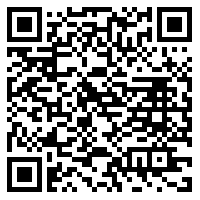