Earlier this month, at a Los Angeles event for the national African-American fraternity Kappa Alpha Psi, the keynote speaker launched into an anti-Semitic tirade – directed at the fraternity’s guest of honor. The shocking episode shows just how far we’ve strayed from the original vision of the civil rights movement – and how far we have yet to travel to realize that vision.

The guest of honor, Daphna Ziman, an Israeli-American woman, had just received the Tom Bradley Award for generous philanthropy and public service. But instead of praise, the Rev. Eric Lee berated her. “The Jews,” he claimed, “have made money on us in the music business and we are the entertainers, and they are economically enslaving us.” (Mr. Lee would later apologize to Ms. Ziman.)

It was bad enough that the event took place on April 4, the 40th anniversary of Martin Luther King Jr.’s assassination. Even more galling, Mr. Lee is the president-CEO of the L.A. branch of the Southern Christian Leadership Foundation – the very civil-rights organization co-founded by the slain civil-rights leader.

Martin would have been repelled by Mr. Lee’s remarks. I was Martin’s lawyer and one of his closest advisers, and I can say with absolute certainty that Martin abhorred anti-Semitism in all its forms, including anti-Zionism.

“There isn’t anyone in this country more likely to understand our struggle than Jews,” Martin told me. “Whatever progress we’ve made so far as a people, their support has been essential.”

Martin was disheartened that so many blacks could be swayed by Elijah Muhammad’s Nation of Islam and other black separatists, rejecting his message of nonviolence and grumbling about “Jew landlords” and “Jew interlopers” – even “Jew slave traders.”

The resentment and anger displayed toward people who offered so much support for civil rights was then nascent. But it has only festered and grown over four decades. Today, black-Jewish relations have arguably grown worse, not better.

For that, Martin would place fault principally on the shoulders of black leaders such as Louis Farrakhan, Al Sharpton and Jesse Jackson – either for making anti-Semitic statements, inciting anti-Semitism (including violence), or failing to condemn overt anti-Semitism within the black community.

When American cities were burning in the summers before he died, Martin listened to any number of young blacks holding matches blame Jewish landlords or Jewish store-owners in the inner city – no matter that Jews were a minority of landlords and store owners.

He asked them, Who else might have bought the buildings that we lived in and rented us apartments? Who else was willing to come in and open stores and sell us the things we needed? Where were these Negroes with money who’d abandoned their communities? And if blacks had bought those businesses and buildings, would they have charged less for rent and bread?

Negroes nurture a persistent myth that the Jews of America attained social mobility and status solely because they had money. It is unwise to ignore the error for many reasons. In a negative sense it encourages anti-Semitism and overestimates money as a value. In a positive sense, the full truth reveals a useful lesson.Jews progressed because they possessed a tradition of education combined with social and political action. The Jewish family enthroned education and sacrificed to get it. The result was far more than abstract learning. Uniting social action with educational competence, Jews became enormously effective in political life.

To Martin, who believed the pursuit of excellence would trump adversity, Jewish success should, and could, be used as a blueprint and inspiration for blacks’ own success rather than as an incitement to bitterness.

Any blacks who subscribe to the views represented in Mr. Lee’s speech would do well to heed the words and deeds of the man whose name and legacy they claim to represent. 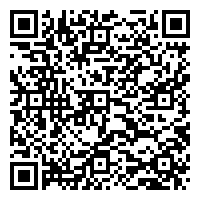