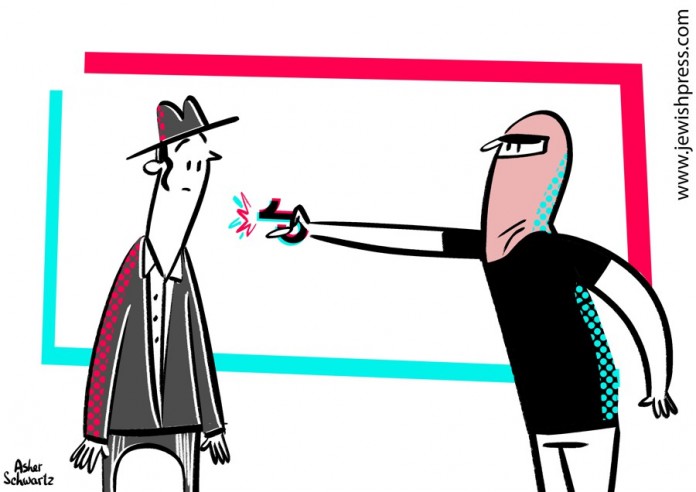 Many mainstream media have written deceptively about riots or violent events in and around Jerusalem in recent days. These anti-Israel media distorted the story with fantastical headlines, like The New York Times’ “Israelis and Palestinians Clash Around Jerusalem’s Old City: The violence broke out as an extremist Jewish supremacy group marched in the city.”

The anti-Israel media narrative was that some Jewish extremists just decided one day to march around the city looking to attack Arabs. Disgracefully, like the general portrayal of this conflict, the media got the timeline upside down, ignored more than a week of Arab planning, incitement and violence—and used misleading, incendiary terminology only against the Israeli side.


The riots coincided with the Muslim holy month of Ramadan, which started on April 12, when religious Muslims spend the day fasting and only eat after dark. It is supposed to be a time of peace and personal reflection. Around Damascus Gate—leading from Arab eastern Jerusalem neighborhoods into the Old City—it was anything but.

According to Palestinian Media Watch (PMW), in the days leading up to Ramadan, from April 2 through April 10, state-run official Palestinian Authority TV broadcast a terror-promoting song and accompanying visuals of violence dozens of times. Focusing on influencing the youth, P.A. TV also broadcast the song during the 4 p.m. to 5 p.m. time slot for children’s programming. The song included violent incitement, with lines like “My brother, throw my blood on the enemy like bullets.”

Night after night from the beginning of Ramadan on April 12, hundreds of Palestinians, some of them hurling fireworks, rocks and firebombs, clashed with Israeli police. The riots left dozens of police officers injured, and several more unsuspecting Israeli civilians were brutally attacked by Palestinian mobs.

One Israeli man, who was out walking his dog in Jerusalem, was badly beaten by a Palestinian mob during rioting and required hospitalization. The man said he was “a hair’s breadth from death” and described the events in the city as “a Third Intifada.”

A day before, an Israeli motorist was attacked and attempted to flee on foot but was caught and violently assaulted. Video showed a Jewish man being kicked repeatedly as he lay on the ground. His car was later set on fire.

Why did this pattern of one-sided, brutal violence occur? Is it fair to call attacks on innocent citizens and police “clashes” with Israelis?

Palestinian violence began intensifying following a disturbing online challenge. On April 15, the second day of Ramadan, a Palestinian man attacked two ultra-Orthodox Israeli boys on the Jerusalem light rail. The footage of the unprovoked attack went viral on the video-sharing app TikTok. In the days that followed, more and more clips of attacks on Israeli civilians started appearing on the platform.

The alarming development was quickly dubbed the “TikTok Intifada,” a reference to the Arabic term for a violent uprising. “There is a competition for likes and views,” a 15-year-old victim told Israeli media. “A video of an Arab slapping an ultra-Orthodox man will get you both.”

In response to these regular and increasingly violent attacks against Israeli Jews, a fringe group of extremist Jews began patrolling parts of Jerusalem looking to protect Jews from attack.

On April 22, a far-right group arranged a march to Damascus Gate—a flashpoint of much of the violence—with, according to one of the organizers, Bentzi Gopstein, “Israeli flags and lots of Jewish pride, without fear.” Some individuals in the group shouted anti-Arab and racist slurs at the rioters during the march, and it was this response that the international media chose to focus on to justify the violence and bloodshed instigated by Palestinian demonstrators over the previous nine days.

Unfortunately, the Palestinian leadership, rather than join Israeli leaders in calling for restraint, decided to fan the flames even further. P.A. Prime Minister Mohammad Shtayyeh called the violent attacks by the Arab youths heroic. “The scenes of heroism emerging from the streets and alleys of the city of Jerusalem tonight of the defenseless Jerusalem youth with willpower and resolve as they stand up to settler attacks, confirm once again the failure of Israeli plans to Judaize the Holy City,” said Shtayyeh.

The media ignored these types of incitements and the root causes for the violence in favor of a narrative in which the Jews are at fault. Interestingly, though The New York Times coverage correctly cited numerous acts of Palestinian attacks on innocent citizens, they didn’t offer a single example of the “Jewish supremacist” group attacking Arabs.

Part of the anti-Israel media narrative is that the month of Ramadan is a holy time for Muslims and one where they should be shown greater sensitivity. However, studies have shown that jihadi and terrorist attacks around the world generally increase during Ramadan. According to Honest Reporting, a media monitoring organization, there is almost always an uptick in Palestinian violence during Ramadan, with historical data indicating a 200 percent increase in terrorist attacks.

This recent conflagration has once again highlighted media bias against Israel. Much of the mainstream reporting on Israel only kicks into gear once Jews start defending themselves or counterattacking.

Articles read by millions falsely portray baseless, unprovoked attacks by Jews on unsuspecting Arabs, when in fact the reverse is true. As in media during the Nazi era, Jews are often tainted by adjectives such as “ultranationalist” or “extremist”—yet these terms are entirely absent from depictions of Arabs who attack and call for bloodshed against Jews.

This is how many members of the mainstream media work. Their narrative is almost always that Jews are the oppressors, and the Arabs are the victims. All information and facts to the contrary are ignored or suppressed. This is how many media attempt to turn Israel into an aggressor and a pariah. Coverage of recent Palestinian riots in Jerusalem is merely a microcosm of these attempts.

(James Sinkinson is president of Facts and Logic About the Middle East (FLAME), which publishes educational messages to correct lies and misperceptions about Israel and its relationship to the US) 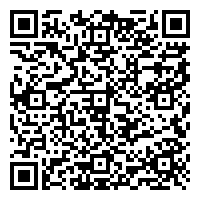