Be’er Sheva district court judge Yisrael Pablo Axelrod on Sunday rejected the petition to release Meir Ettinger from his administrative detention for several hours on Monday so as to attend the brit milah (circumcision) of his firstborn son.

Ettinger has been held for the past eight months without trial or charges against him on administrative orders, a relic from the British Mandate which has almost exclusively been used against Arab terror suspects.

Meir Ettinger is the grandson of the much despised Meir Kahane… who many Jews confuse with the Devil. Kahane’s Kach Party was, in the late 1980s, deemed a racist political party and the government barred members from running for the Knesset.

Ettinger is what is commonly referred to as a “Hilltop Youth.” That is, he is among the generation of young Israelis who believe strongly for religious reasons in the connection of the Jewish people to our traditional homeland and are willing to risk the unhappiness of the government by settling non-annexed outposts in Judea and Samaria beyond that Holy of Holies, the “green line.”

I am the kind of guy who is often accused of thinking that Israel can do no wrong. In fact, I have plenty of criticisms concerning Israel and the fact that they are holding people in prison without charge is one of them.

I don’t care if the person is an Arab or a Muslim or a Jew or a Rosicrucion, it is a violation of the most fundamental premises of the political Enlightenment for a government to detain anyone for an extended period of time without charges being brought against the person.

This is a little thing that we in the West like to refer to as Habeas Corpus.

There is no right derived from the European liberal tradition more basic than the right to not be thrown into the clink without charges being raised, without access to an attorney of law, and without being allowed to face one’s accuser.

Perhaps I am just biased towards the Constitution of the United States and its fourth amendment within the Bill of Rights that guarantees that the “right of the people to be secure in their persons, houses, papers, and effects, against unreasonable searches and seizures, shall not be violated…”

In other words, it is against the law in the United States to throw anyone in prison without due process and due process requires a trial by jury.

There are certain things that anger me about Israel, such as its policies in regard the Temple Mount, but this issue is something that I can agree upon with the most virulent demonizers of Israel.

It violates basic standards of human decency to hold people without charge for months on end. It is simply wrong and, to the extent that people are held in detention within Israel without access to a fair trial, the practice must end.

It may have been a story around Meir Ettinger that caught my eye, but the fundamental principle of a right of trial by jury needs to be extended to every citizen of the State of Israel no matter what their ideological beliefs.

Ettinger is being imprisoned in extreme conditions of solitary confinement and is not being allowed any phone calls except to several close family members, even though there has been no evidence or indictment presented against him for any crime.

I would not care if this guy was the grandson of Yassir Arafat, this is unacceptable. 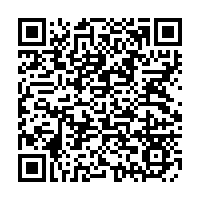