A lot has been made of the president’s irrational refusal to say that radical Muslims are responsible for the terrorist attacks they commit. He has rationalized that the semantics don’t matter, and argues that he does not want to create the perception that we are in a war with Islam, even as Muslim states openly engage in a war against these extremists.

Obama is wrong, misleading the American people and sewing confusion as to the threat we are confronting.


Obama talks about terrorists like they’re misguided youths who need more time with community organizers such as the young Barack Obama. The journalist Jeffrey Goldberg noted that instead of being engaged in a clash of civilizations, “Obama believes that the clash is taking place within a single civilization, and that Americans are sometimes collateral damage in this fight between Muslim modernizers and Muslim fundamentalists.”

This view is not just mistaken, it is dangerously inaccurate, and reflects his complete misunderstanding of the objectives of radical Muslims and their reading of the Koran. They believe the Koran requires them to engage in a holy war against the infidels (which includes Muslims they consider apostates), until their brand of Islam becomes universally recognized as the one true religion.

Obama refuses to acknowledge that we are fighting a war against religious zealots, tens of thousands, if not millions of them, and, those we kill will be replaced by others equally willing to die for what they believe Allah expects.

This is why the current obsession with ISIS is dangerous. If we wiped them off the earth tomorrow, our problem with radical Islam would not disappear. Obama tried to convince us that killing Osama bin Laden “decimated” al Qaeda, even though offshoots of the group continue to be a threat today. He was even more dismissive of ISIS, which he dismissed as a “JV team” just after the group captured Fallujah.

Obama’s naiveté, to give him the benefit of the doubt, was on display even earlier when he supported the takeover of Egypt by the Muslim Brotherhood, the inspiration for many of today’s Muslim extremist groups.

Then, of course, there is the radical Muslim regime in Iran with whom Obama signed the disastrous nuclear agreement that failed to contain any safeguards against Iran’s sponsorship of terror. Obama even tried to sell the snake oil notion that Iran’s behavior would change thanks to his diplomacy that was so brilliant he abandoned many of his most important demands. Obama could believe his own fantasy because of his refusal to recognize that Iran’s leaders are radical Muslims whose goal is world domination by the word and the sword of Allah.

If only Obama and other Western leaders had a scintilla of knowledge about Muslim history, perhaps they would understand what we are up against. In 1909, for example, the British Vice Consul in Mosul, wrote: “The attitude of the Muslims toward the Christians and the Jews is that of a master towards slaves, whom he treats with a certain lordly tolerance so long as they keep their place. Any sign of pretension to equality is promptly repressed.”

This is what radical Muslims have in mind for the infidels. They want to return to the days of the Islamic Empire when much of the world was dominated by Muslim rule.

Israeli Prime Minister Benjamin Netanyahu is caricatured as a paranoid hysteric, but he knows that Jews are among the first targets of the extremists. Islamists have repeatedly made clear their animosity toward Jews and Judaism. Back in 1937, Saudi Arabia’s King Ibn Saud declared: “Our hatred for the Jews dates from God’s condemnation of them for their persecution and rejection of Isa [Jesus] and their subsequent rejection of His chosen Prophet [Muhammad].”

He added “that for a Muslim to kill a Jew, or for him to be killed by a Jew ensures him an immediate entry into Heaven and into the august presence of God Almighty.”

There are hundreds more recent quotes along these lines, such as the statement by Saudi cleric Sheikh Muhammad Al-Munajid, who said in May, “The Jews are among the enemies of [Islam]. In fact, they are at the top of the list…. the Prophet Muhammad clarified that our war with them will continue until the end of time.”

Obama is wrong in his belief that we are not in a war with radical Islam, but he is correct in the view that we cannot defeat the religious extremists on our own. Ultimately, it is up to Muslims to rise up against them. As Muslim author Irshad Manji put it:

“If Muslims claim that we are against violence, why aren’t we demonstrating in the streets against suicide bombings? Why is it so much easier to draw us into protest against a French ban on the hijab, but next to impossible to exorcise ourselves about slavery, stonings and suicide killings? Where’s our collective conscience?” 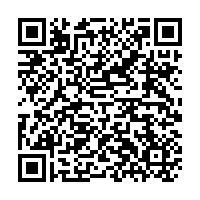