While the Obama Administration continues their pressure on Israel, for at least Vice President Joe Biden, it would not be the first time that there has been personal animosity with an Israeli leader. The reality is that while some of the names change, this conflict is about Israel’s refusal to surrender to a Palestinian Arab enemy who seeks to destroy them. The United States is wrong to pressure Israel – yet, this too shall pass.

On June 22 1982, Joe Biden was a Senator from Delaware and confronted then Israeli Prime Minister Menachem Begin during his Senate Foreign Relations committee testimony, threatening to cut off aid to Israel. Begin forcefully responded, “Don’t threaten us with cutting off your aid. It will not work. I am not a Jew with trembling knees. I am a proud Jew with 3,700 years of civilized history. Nobody came to our aid when we were dying in the gas chambers and ovens. Nobody came to our aid when we were striving to create our country. We paid for it. We fought for it. We died for it. We will stand by our principles. We will defend them. And, when necessary, we will die for them again, with or without your aid.”


As media reports that the United States Government continues to pressure Israel, the reality is that America must respect the will of the Israeli public, whom overwhelmingly re-elected a Netanyahu government. As a senior Israeli elected official noted, “Settlement building will be one of the basic guidelines of the next government and just as I don’t interfere in America if they build in Florida or California, they don’t need to interfere in building in Judea or Samaria.”

Senator Biden reportedly banged the table with his fist, and Begin retorted, “This desk is designed for writing, not for fists. Don’t threaten us with slashing aid. Do you think that because the US lends us money it is entitled to impose on us what we must do? We are grateful for the assistance we have received, but we are not to be threatened. I am a proud Jew. Three thousand years of culture are behind me, and you will not frighten me with threats. Take note: we do not want a single soldier of yours to die for us.”

After the meeting, Sen. Moynihan approached Begin and praised him for his cutting reply. To which Begin answered with thanks, defining his stand against threats.

Ze’ev Jabotinsky, the leader of the Revisionist movement, which both Begin & Netanyahu emanate from noted in 1940 that, “We hold that Zionism is moral and just. And since it is moral and just, justice must be done, no matter whether Joseph or Simon or Ivan or Achmed agree with it or not.”

World leaders would be apt to remember these words and times. 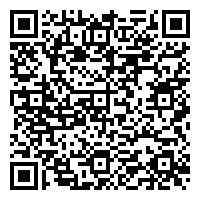