The White House and the office of the Prime Minister issued two statements on a phone call between President Barack Obama and Prime Minister Binyamin Netanyahu after the “key parameters” of a deal with Iran were announced, and it is difficult to believe they were referring to the same conversation.

President Obama called Prime Minister Netanyahu after the fuzzy agreement, as reported here, was announced, and according to the White House, Obama said:

The President emphasized that, while nothing is agreed until everything is, the framework represents significant progress towards a lasting, comprehensive solution that cuts off all of Iran’s pathways to a bomb and verifiably ensures the peaceful nature of Iran’s nuclear program going forward.

He underscored that progress on the nuclear issue in no way diminishes our concerns with respect to Iran’s sponsorship of terrorism and threats towards Israel and emphasized that the United States remains steadfast in our commitment to the security of Israel.

The readout of the call also referred to Netanyahu’s re-election, saying that Obama told the Prime Minister “that he has directed his national security team to increase consultations with the new Israeli government about how we can further strengthen our long-term security cooperation with Israel and remain vigilant in countering Iran’s threats.”

The White House did not refer at all to what the Netanyahu had to say, a clear message that he cares about what Israel thinks about the deal as much as he cares what Congress thinks.

The difference is that he has to deal with Congress, which can ditch the agreement, if it wants.

Obama did not want to tell anyone what Netanyahu said in the conversation because it would work against public opinion that the president wants to beat back Congressional opposition.

The office of the Prime Minister said of the phone call:

Prime Minister Benjamin Netanyahu spoke to US President Barack Obama this evening and expressed Israel’s strong opposition to the framework agreement with Iran which poses a grave danger to Israel, the region and the world.

Netanyahu said, ‘A deal based on this framework would threaten the survival of Israel. Just two days ago, Iran said that the destruction of Israel is non-negotiable, and in these fateful days Iran is accelerating the arming of its terror proxies to attack Israel.

This deal would legitimize Iran’s nuclear program, bolster Iran’s economy, and increase Iran’s aggression and terror throughout the Middle East and beyond.

Such a deal would not block Iran’s path to the bomb.  It would pave it.’ 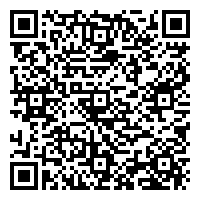